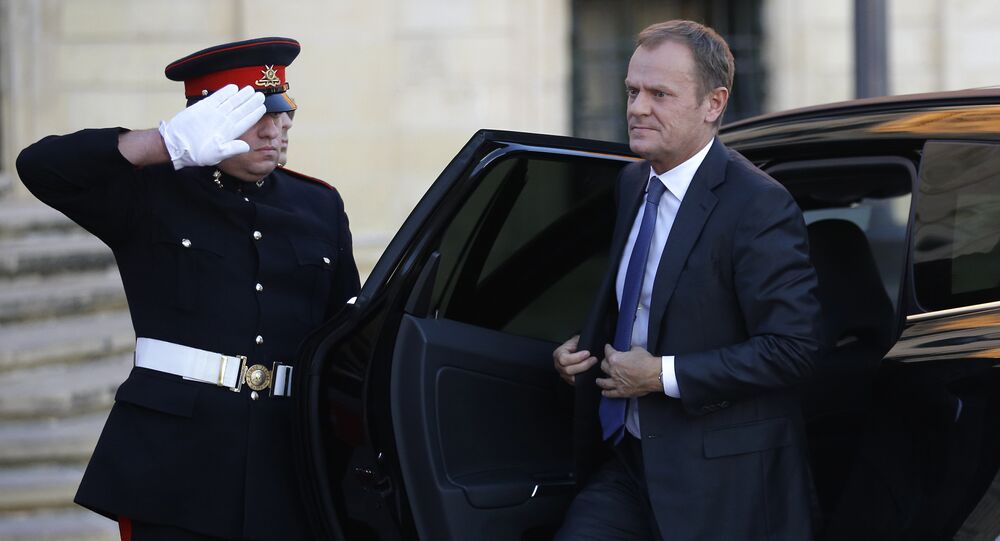 Leaders of the EU nations are meeting in Malta for discussion with African nations in an attempt to stem the rising number of refugees making their way into Europe from war-torn countries on the continent, adding to the European immigration crisis.

© REUTERS / Umit Bektas
Pledges and Promises: The Reality of Europe's Refugee Crisis
The EU leaders have failed to reach a consensus over the asylum seeker issue that has seen tens of thousands of people attempting perilous journeys across the Mediterranean, fleeing war-torn countries like Somalia and Eritrea, civil war in and around Libya or from religious persecution under Boko Haram in Nigeria, Chad, Cameroon, and Niger. These have added to the millions of displaced Syrians and Iraqis who have made their way across into Europe.

There has been a lack of consensus within Europe over how to tackle the crisis, with Germany and Sweden originally welcoming Syrian refugees, yet Greece and Italy bearing the brunt of the Mediterranean migration crisis — because of their geographical position — which has been exacerbated by the African diaspora.

At the EU summit in April, EU leaders called for an international summit — embracing European and African nations — to discuss trafficking, safety and patrolling at sea, and the prevention of the illegal movement of people.

Although four summits on the European refugee crisis were called between April and October, Europe remained divided on how to deal with the problem. Germany's Chancellor Angela Merkel faced a split in her coalition government over transit camps and border controls with Austria and many countries erected fences or closed their borders — albeit temporarily — to try to deal with the situation.

Meanwhile, the EU has moved — even if late-in-the-day — to strengthen its outer borders, including the Mediterranean sea-facing boundaries. However, it is now pursuing a policy of paying countries to prevent more refugees crossing into Europe.

In October, EU leaders have agreed to pay Turkey US$3.4 billion and allow visa-free EU travel for its citizens in return for Ankara doing its utmost to stem the tide of asylum seekers crossing its borders to reach Europe.

The Malta conference is expected to see a similar policy invoked over Africa, with the EU funding projects to improve the lives of Africans to prevent people seeking asylum in Europe, as well as grants to take people back to their home nations.

"There are many ways in which we are going to be more active and smarter in how we tackle them in partnership. One is a new Emergency Fund for Africa with seed funding of €1.8 billion [US$2.7bn].

"On top of our existing development aid to Africa, this new fund will help us — working together — to offer the peoples of Africa a better future.

"We will help African governments to reintegrate their own nationals and offer them meaningful socioeconomic opportunities, including by funding training and educational programs and creating new revenue streams for struggling communities. We will provide administrative help and more resources to assist African countries to deal with the huge migrations happening within Africa itself."

Critics says the EU leaders are throwing money at a problem without dealing with the daily needs of those already living in difficult conditions in Europe. However, diplomatic sources have told Sputnik that the Malta conference is an example of the EU taking a pragmatic approach with African nation sin getting to grips with the root cause of migration in Africa.

"We must use the Valletta Summit wisely to stop patching up short-term solutions and come up with comprehensive migration policy with African partners."