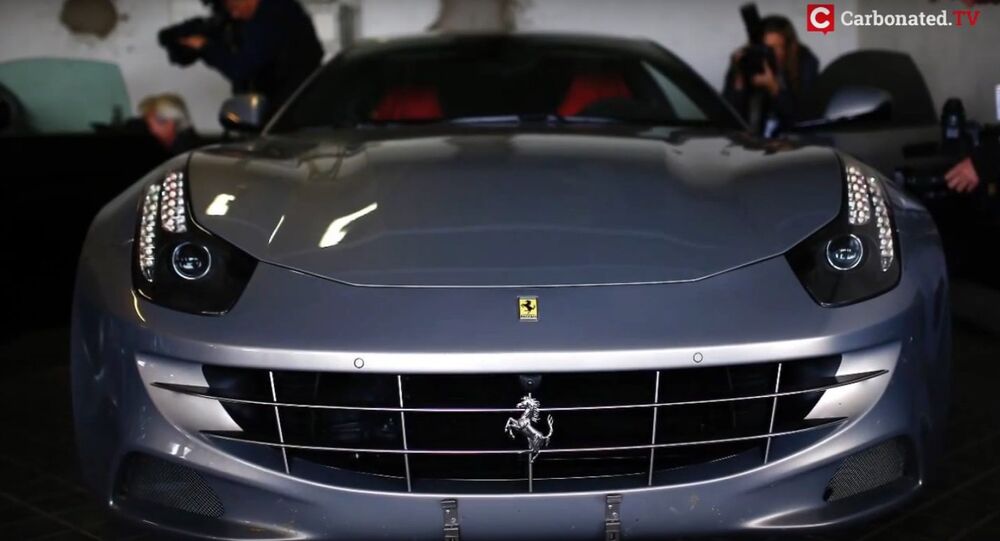 Sale Fail: No One Wants to Shell Out for the Spanish King’s Ferraris

The Spanish government cancelled an auction for two extra-rare Ferraris donated to the state by the country’s ex-king Juan Carlos -- who received the super-spendy sports cars as a present from the United Arab Emirates -- after no one willing to pay top dollar step forward.

© AP Photo / Manu Fernandez, File
Spain's King Strips Infanta Cristina of Title of Duchess
Spain’s Finance Ministry, which initiated the auction, announced Saturday that only one unnamed person expressed an interest in acquiring the cars — two Ferrari FFs, one black and one silver gray — but for much less than the minimum opening bid of €695,000 for both vehicles. Ministry officials didn’t specify how much the bidder offered, only saying that it was less than 50% of the minimum required sum, El Pais reported.

Former King Juan Carlos received the Ferraris in 2011 as a gift from UAE Prime Minister Sheik Mohammed bin Rashid Al Maktoum on a visit to Spain to watch a Formula 1 race. The monarch donated the cars to the Spanish National Heritage in 2012, which in their turn gave the cars to the central government for auction.

The government hasn’t clarified what further attempts they’ll make to unload the cars. All that is known at the moment is that the Ferraris will remain parked in a government garage for the time being.

© AFP 2020 / JAIME REINA
No Surprise Spanish Royals Spending More Than Stipulated in State Budget
So what have potential buyers lost out on? Both cars have a V12 engine, capable of accelerating to 100 kph in just 3.7 seconds from a standing position, and reaching a maximum speed of 335 kph, according to the company.

Last December, Spain’s current King Felipe VI forbade members of the royal family from accepting presents that “could jeopardize the dignity of their institutional tasks,” as a part of a campaign to clean up the monarchical family image amid falling ratings.