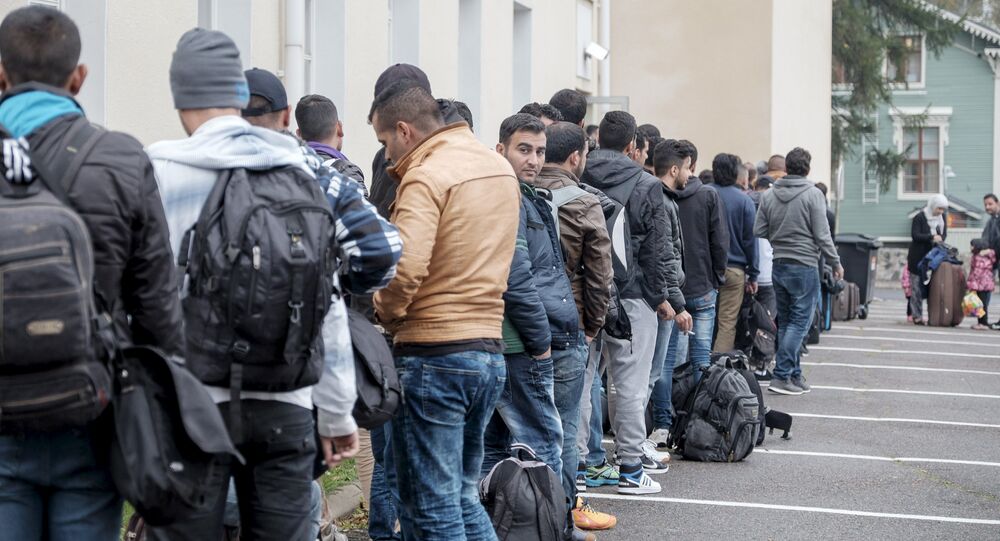 The Finnish Immigration Service removed the details of refugee reception centers from its website in order to maintain security and give its employees the opportunity to work undisturbed, Finnish Broadcasting Company Yle reported.

The Finnish Immigration Service is no longer giving detailed information about refugee reception centers on its website.

“The decision was taken for security reasons. We also want to give our employees the opportunity to work undisturbed,” spokesman of the service, Verna Leinonen, said.

© REUTERS / Antonio Bronic
Slovenia to Build Fence on Border With Croatia to Curb Refugee Influx - PM
In neighboring Sweden, refugee reception centers are increasingly becoming the targets of racist attacks. Since the beginning of this year alone there have been 26 fires in refugee facilities or close to them, Swedish newspaper Aftonbladet reported.

Leinonen, however, stated that the attacks are not the reason why the institution decided to remove detailed data about Finnish refugee centers from its website.

“Of course, we are following the events taking place in Sweden and Finland. However, this change in the website’s work was not caused by the events in Sweden. Refugee reception centers are residential and non-public locations, in the first place,” Leinonen said.

The updated website only contains general information and does not give the exact addresses of the facilities. The website only specifies the city, the name of a center, the street, the organization responsible for the work of the center as well as its phone number.