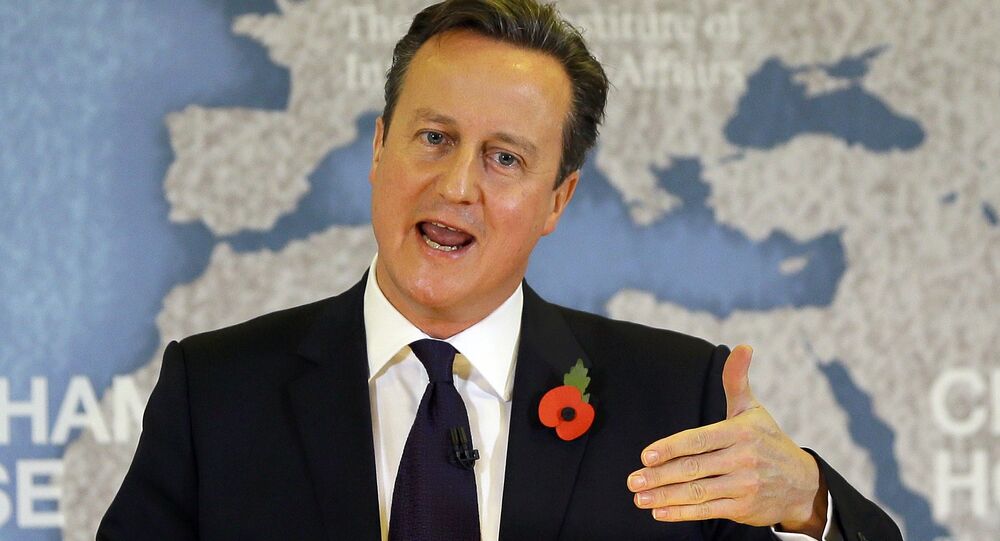 Cameron Spells Out Demands for EU Reforms to Avoid Brexit

UK Prime Minister David Cameron has finally spelled out his wish list of reforms required to the European Union as part of a renegotiation of Britain's membership of the EU, ahead of an In/Out Referendum.

Cameron said the EU faced four major challenges: the dysfunction within the Eurozone, the immigration crisis, lack of competitiveness and a question of legitimacy. Against this background, Cameron believes he can successfully renegotiate British EU membership as part of a drive to create a two-speed Europe — with those within the Eurozone growing politically and economically closer, while those outside are not discriminated against.

Today I set out the four objectives at the heart of our EU renegotiation. We need action in all four areas.Objective…

In a speech Tuesday morning, he said the EU and the Eurozone are not the same thing and that the original foundation of the union was "a common market."

He called for "clear and binding principles that protect Britain and other non-euro countries." He called for recognition that the EU has more than one currency, there should be no discrimination or disadvantage against non-euro states, that the integrity of the single market should be protected and that any Eurozone initiatives, such as a banking union, must be voluntary for non-Eurozone countries.

(3/3) I am confident we can do a deal, but if the EU turns a deaf ear, I rule nothing out. More from today's speech: https://t.co/btKDfVJhTy

Cameron also said that welfare benefits for EU citizens arriving in the UK would be checked. According to The Times — which he quotes — 43 percent of EU migrants rely on the support of the UK benefits system during their first four years in the country.

About 148,000 of these claimants, some 66 per cent, receive tax credits, housing benefit and other welfare handouts available to people in work.

He said he would demand that national parliaments should be able to join together and block EU laws.

"I am not saying for one moment that Britain couldn't survive outside the European Union. Of course we could. We are a great country. The fifth largest economy in the world. The fastest growing economy in the G7 last year. The biggest destination for FDI in the EU. Our capital city a global icon. The world, literally, speaks our language."

Cameron sent a list of his demand to the President of the European Council, Donald Tusk, who will play a significant role in the renegotiations. Cameron's call for a union of a single market split into Eurozone states and non-Eurozone states is a gamble he believes will pay off, with Germany's Angela Merkel suggesting a similar outcome last week.