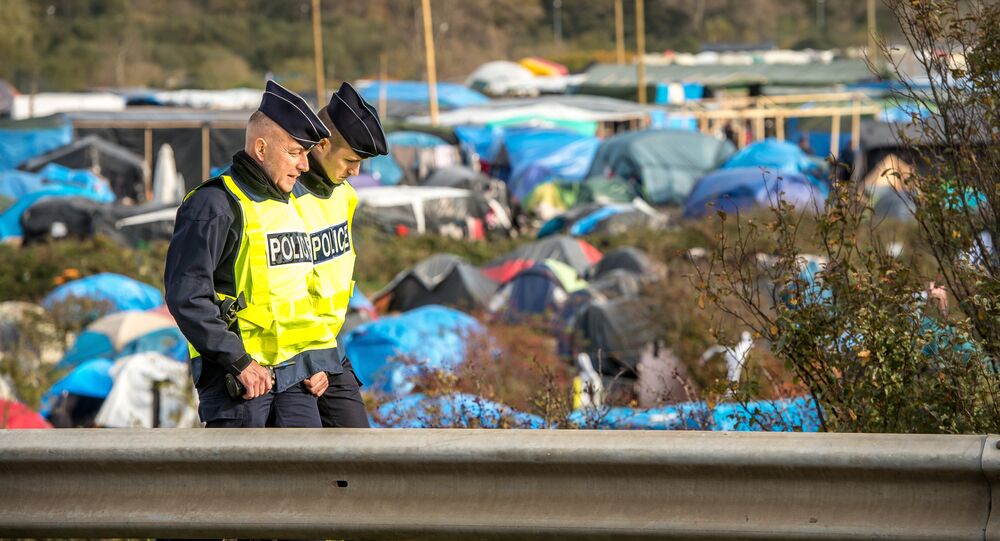 The number of police injuries in overnight clashes between law enforcement and undocumented migrants in the French port town of Calais rose to 26, a police union official said Monday.

"This is the first time that it has been so violent and that we've had so many injured colleagues… They have 26 injured colleagues," Gilles Debove, of the SGP Police-Force Ouvriere Unit union’s Calais branch, told The Local newspaper.

Debove observed that normally "pretty discreet" strains are becoming "very intense" in the encampment of some 6,000 people. The union representative attributed the rise in tensions in tightened security around the Channel Tunnel, frustrating attempts for migrants to cross it in hopes of reaching Britain.

At least 16 migrants have died while attempting to cross into the United Kingdom through the Channel Tunnel.

French Interior Minister Bernard Cazeneuve said in mid-October that he had ordered the deployment of 300 additional gendarmes and 160 riot police officers to reinforce the current forces stationed in the port city.