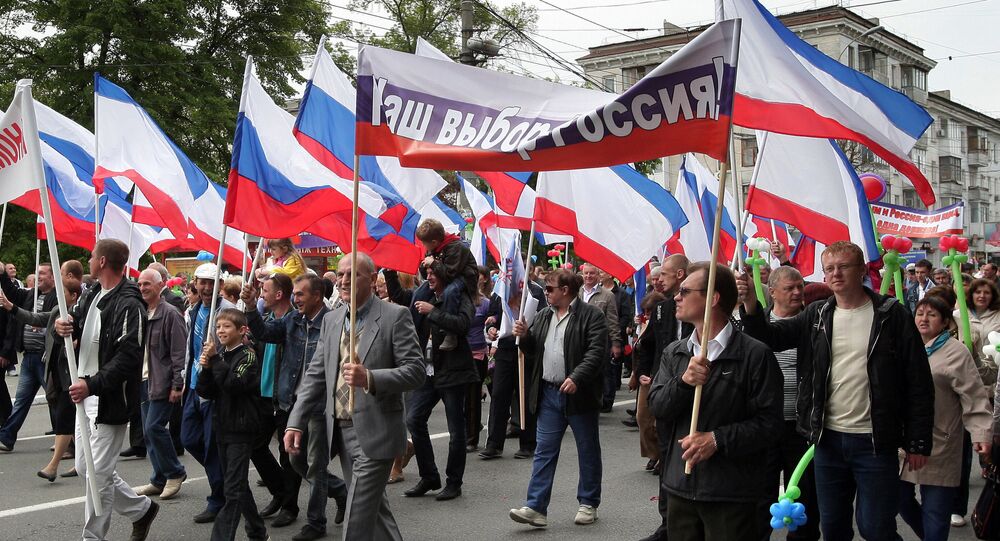 Former Polish President Lech Walesa said that Crimea could follow the Gdansk scenario by becoming an "European" and "open" peninsula.

GDANSK (Sputnik) – Crimea, which reunited with Russia after six decades of Ukrainian rule in 2014, could follow the Gdansk scenario by becoming an "European" and "open" peninsula, former Polish President Lech Walesa said Monday.

He suggested a similar solution for Crimea.

"The same with Crimea. Let anyone who wants to live there do so. We need to open Crimea," he stressed.

In March 2014, the majority Russian region in the Black Sea voted in a landslide referendum to secede from Ukraine and join Russia. A number of Western powers criticized the move as an "annexation," despite Russia maintaining the vote was held in compliance with international law.