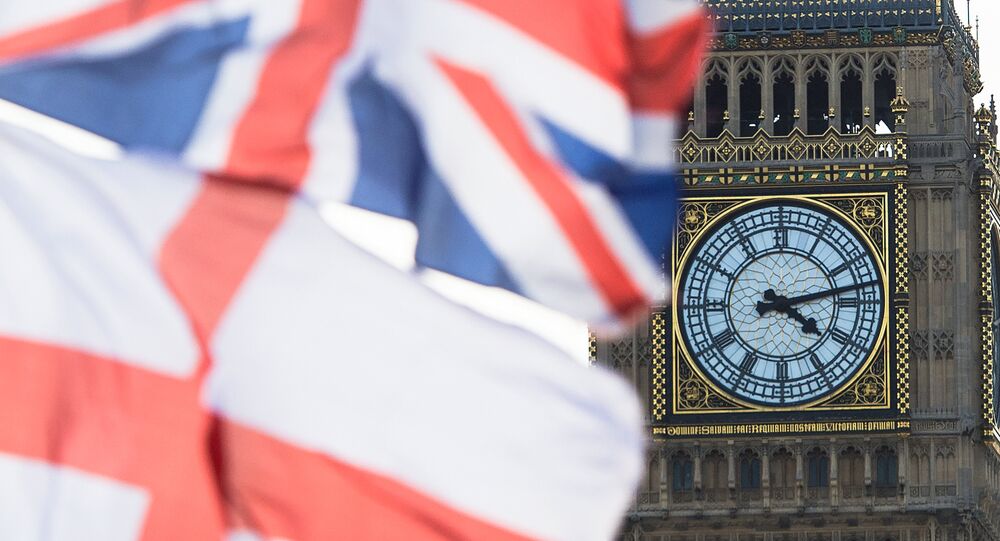 Beware the Bear: Britain Puts Russia on Par With ISIL as Security Threat

Russia has been listed as a potential threat to British security, on par with ISIL, according to a preliminary review by the country’s National Security Strategy, marking an apparent paradox: two of Britain’s major threats are currently in a fight against each other, which only begs the question: which of the threat is the most real?

The new list of potential threats, a key part of the Government’s next National Security Strategy, was put together by the British government following a major security review.

It is scheduled to be announced by David Cameron on November 23.

parliament.uk
The next National Security Strategy

Russia was put on the list due to the Ukrainian crisis, with uncertainty surrounding the cause of the Metrojet plane crash having increased concerns, according to British media reports.

“The last five years have seen a range of international developments, ranging from the growth of radicalization and fundamentalism, to growing concerns around our energy supply, and rising aggression from Russia,” the summary of the upcoming National Security Strategy report reads.

"Russia’s actions in Ukraine have introduced question marks over the role and future of NATO operations in neighbouring countries and re-awakened the threat posed by Russia to states in Eastern Europe and the Baltic, some of which are NATO and/or EU member states,” reads the Russia section of the manual.

Press-service of Russian Emergency Situations Ministry
Why British Haste on Plane Bomb Theory?
“Russia’s increasing isolation in international politics (for example, the G8 met last year as the G7, excluding President Putin from the table), increased military spending and apparent willingness to display force in the face of universal condemnation suggest the next five years could well see an escalation of the Russian threat to the security of Western Europe.”

Unsurprisingly, the threat of international terrorism stemming from ISIL and Al-Qaeda tops the list.

“The interactions between the two organisations, and their encouragement of others to follow in their paths, have renewed and deepened the challenge across the Middle East and Africa.”

Given the Russian military's campaign in Syria against the Islamic State militants, the inclusion of Russia on the UK security threat list creates a paradox: two of Britain’s major threats are battling each other.

This raises the logical question which of these threats is actually the real one?

© Flickr / Stephen Melkisethian
New UK Surveillance Bill Attack on Fundamental Rights - Advocacy Group
“Concerns about radicalisation have risen worldwide since 2010, and the UK threat level is currently at Severe as a result of domestic threats from UK Jihadists returning from Syria, Iraq and other troubled areas. The growth of worldwide radicalisation has had an impact on UK public confidence, and created new security risks.”

Religious fundamentalism and intolerance across religions

“…in particular Islamic separatists and fundamentalists are now seen a serious threat in destabilised parts of the world”.

“…questions continue to be raised about how well religious [sentiments], the reasons for its growth, and its links to violent extremism are understood.”

Instability in the Arab world

© CC BY 2.0 / Steve Harris
UK, US Security Services Have Too 'Special Relations' - Veterans for Peace
“In December 2010, the so-called Arab Spring began as a series of popular uprisings against authoritarian regimes, but generated political upheaval, civil disorder, and conflict across North Africa and the Middle East. Successful and unsuccessful protests and uprisings made unprecedented use of social media to organise and encourage support.”

Among other listed threats are the volatile situation in Ukraine; China’s “authoritarianism and persistent human rights abuses on the part of the Chinese Government”; cybersecurity and organized crime; climate change; “increasing levels of forced population movement and migration, stemming from a variety of causes including conflict, economic instability and the impact of a changing climate”; Energy infrastructure; Economic shifts and stagnation within the Eurozone.