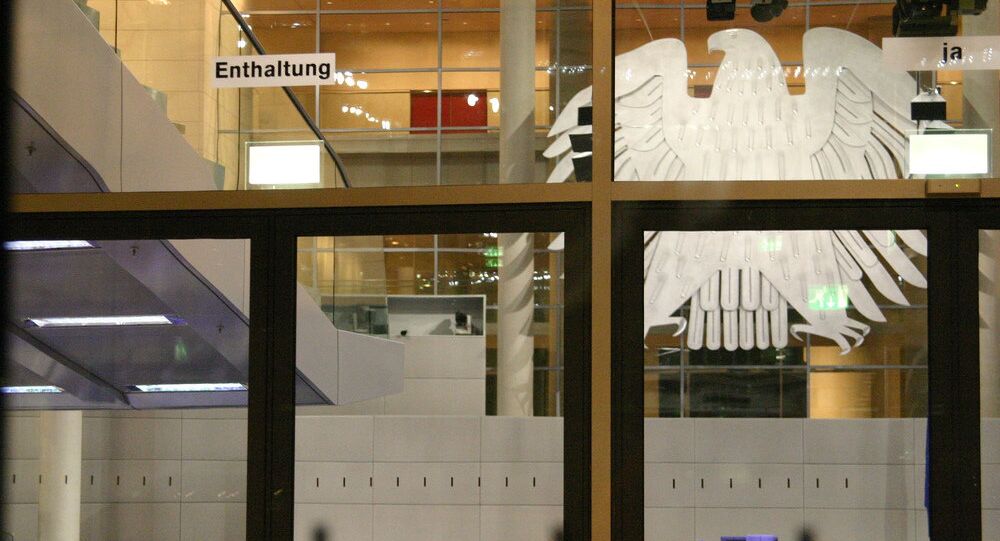 Less than a week after German Chancellor Angela Merkel brokered a deal over the refugee crisis in an effort to save he coalition government from splitting, there are further signs of growing dissent within her party and the country as a whole.

© AP Photo / Jacques Brinon
Merkel Slammed Over Refugee Climb Down and Injustice Warnings
Merkel came in for criticism for wanting to set up transit zones on Germany's borders, where asylum seekers would be kept until they had been processed, with genuine refugees fleeing warzones — mainly Syrians — would be accepted, but economic migrants and others sent back to where they came from.

Her policy was opposed by her coalition partner the Social Democratic Party of Germany (SPD) led by Sigmar Gabriel, who said the transit camps would be like detention centers. Meanwhile, Merkel, who leads the CDU party, also attracted the wrath of Bavarian CSU leader Horst Seehofer — the sister-party to the CDU — who demanded more action from Berlin to deal with the tens of thousands of refugees swarming into the southern state from Austria.

In talks last week, Merkel backed down over transit camps and agreed to set up refugee centers and speed up the processing of refugees and the deportation of those refused asylum.

The compromise would mean that refugees will be processed within weeks, rather than months, although critics question how the status of an asylum seeker can be established so quickly.

© REUTERS / Michaela Rehle
Migrants wait on the bridge at the Austrian-German border between Braunau and Simbach at lake Inn near Passau, Germany, October 27, 2015

"In other countries, most people have to wait a year before they can even apply for asylum. In this context, it is a complete mystery how the Federal government intends to conclude the process at special registration centers within a few weeks."

However, another rift appeared when Merkel's interior minister Thomas de Maiziere appeared to change the government's policy towards Syrian refugees, telling German radio that they would receive a modified refugee status and be barred from having family members join them.

© AP Photo / Jens Meyer
A woman waits in front of a wall newspaper in the initial reception center for asylum seekers in Halle/Saale, Germany, Friday, Oct. 16, 2015.

Ralf Stegner, deputy chairman of the SPD — which is in coalition with the CDU/CSU Union parties — criticized de Maiziere's comments, saying the ban on family members joining male refugees would simply encourage more women and children to make the perilous journey from the Middle East to Europe.

"It's off the table as far as the SPD is concerned," Stegner told German radio. "This won't wash with the SPD, and the CDU knows this perfectly well."

A spokesperson for Merkel moved swiftly to say — despite what de Maiziere said — the refugee policy was unchanged. Asked if de Maiziere retained Merkel's confidence, government spokesman Steffen Seibert told a news conference: "Of course he does."

"In this government the left hand doesn't know what the right hand is doing. The interior minister is treating the chancellor and his coalition partner with disrespect."