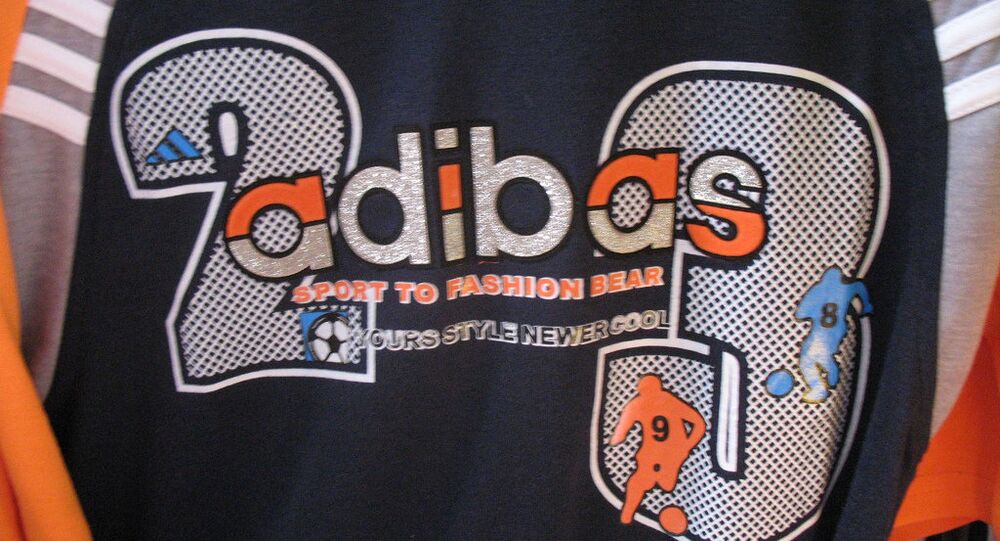 The representatives of several major clothing companies including Adidas, Nike and Dsquared have appealed to Ukrainian law enforcement, demanding that they look into the serious problem of counterfeit goods featuring their logos being churned out en masse in the port city of Odessa. On Sunday, police reported a break in the case.

The underground sewing workshop, which officially belongs to a 44-year-old Odessa woman, was searched by police, after which over a thousand pieces of merchandize, a dozen sewing machines and over 50 devices for the application of counterfeit brand markings were seized. "The equipment has been seized for further analysis by experts," police explained.

A criminal case has now been opened against the underground factory under a law banning the 'illegal use of a trademark for the sale of goods and services,' which carries with it a maximum prison sentence of five years.

Odessa has been considered a major source for counterfeit goods finding their way into Ukraine and elsewhere in Eastern Europe for years. The city's underground factories have long been known for the production of knockoff watches, purses, handbags, jewelry, clothing and fragrances from major European and American brands. Illegal immigrants from Vietnam, often working in poor and hazardous conditions, are believed to contribute to much of the production of the knockoff clothing items.

Late last month, city officials reported the discovery of a major factory staffed by over thirty people, churning out fakes of brands including Dolce & Gabbana, Louis Vuitton, Gucci and Lamborghini, among others. Eight similar underground factories have been discovered by authorities since July.

Saakashvili 'Should be Jailed' for Plotting Coup in Georgia – Georgian PM

Ten Companies That Own Everything We Buy