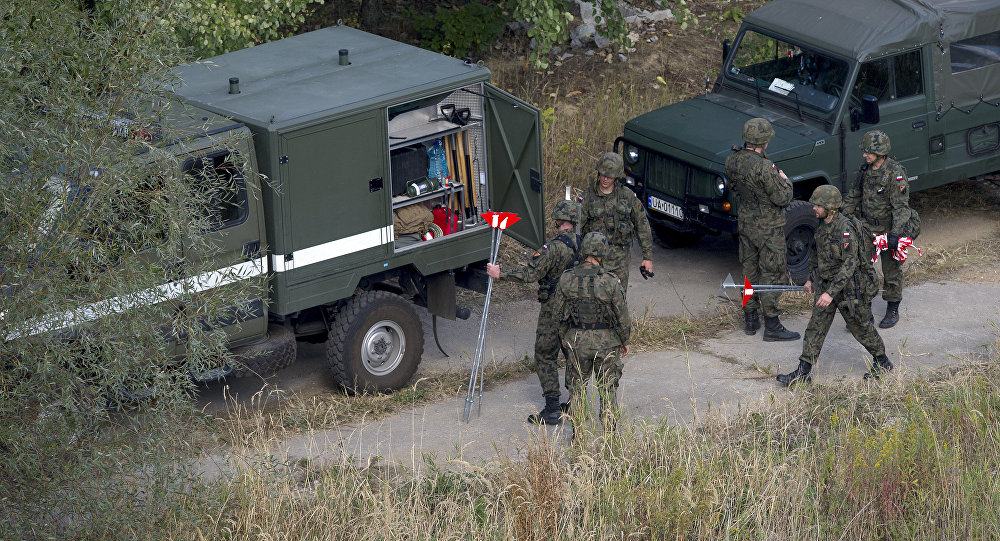 Polish authorities have given green light to new attempts to pinpoint the location of the mysterious Nazi treasure train allegedly detected in the region of Lower Silesia. The fieldwork without drilling but with the use of ground-penetrating radar (GPR) will start on Monday along the railroad route between the towns of Wałbrzych and Wrocław.

Two independent teams will be working at the site.

The first team includes the two men who originally put forward a claim that they have found the train, Pole Piotr Koper and German Andreas Richter. 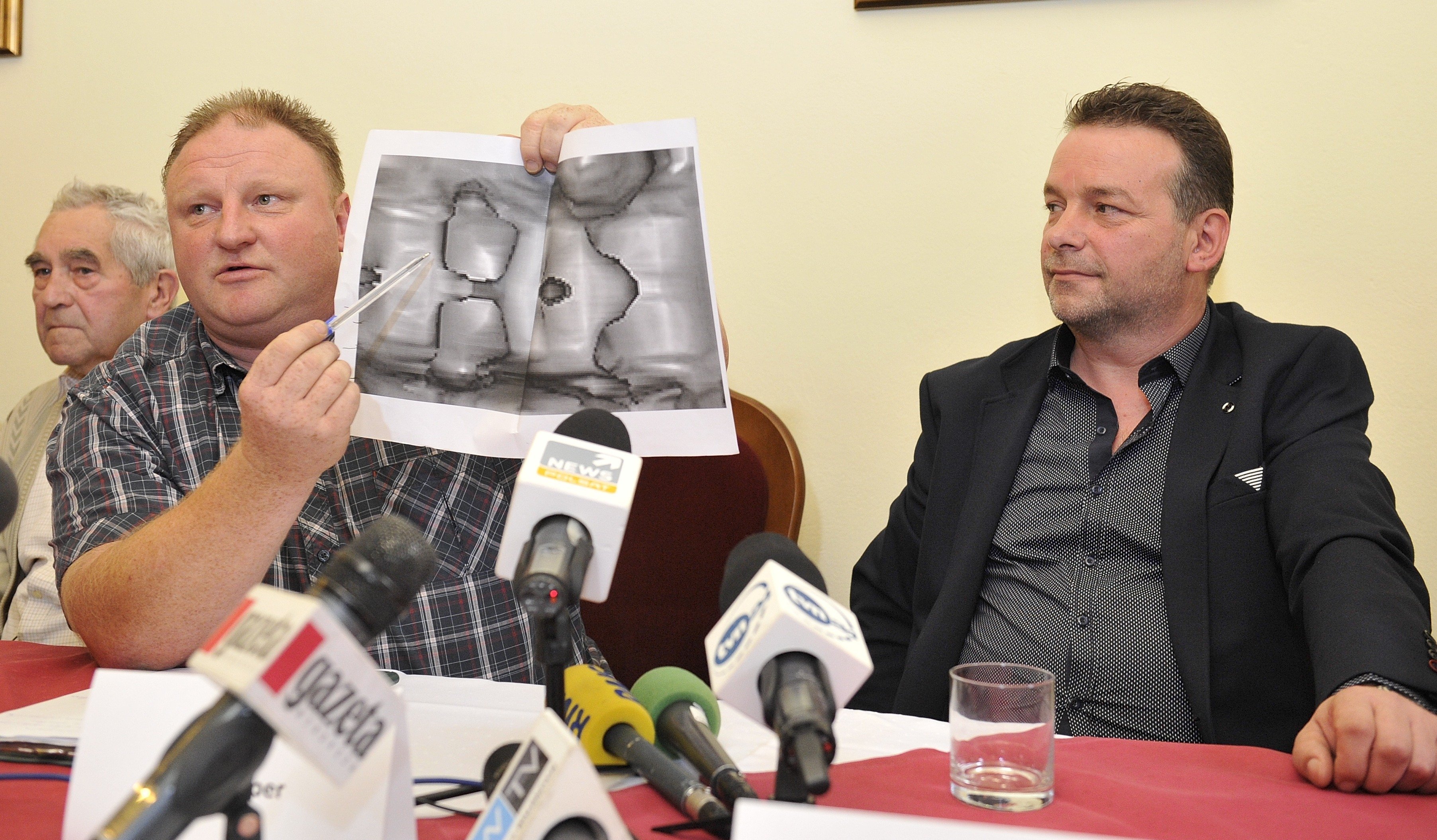 © AFP 2019 / PIOTR HAWALEJ
Andreas Richter (R) and Piotr Koper (L) present a ground-penetrating radar image representing according to them a World War II Nazi train during a press conference on September 18, 2015 in Struga near Walbrzych, Poland

In August the claimants said they had found a 98-meter long “armored train” with gun platforms and a cargo of “precious metals” 70 years after it pulled out of Wroclaw (formerly the German city of Breslau) supposedly carrying a trove of gold and other valuable treasures back to Germany ahead of the Red Army's advance.

Instead of arriving at its planned destination of Swiebodzice, it is alleged that the train was lost without trace in the mountains around the town of Walbrzych. The two men say they have detected it eight to nine meters underground in a railway tunnel. They want ten percent of their supposed find. 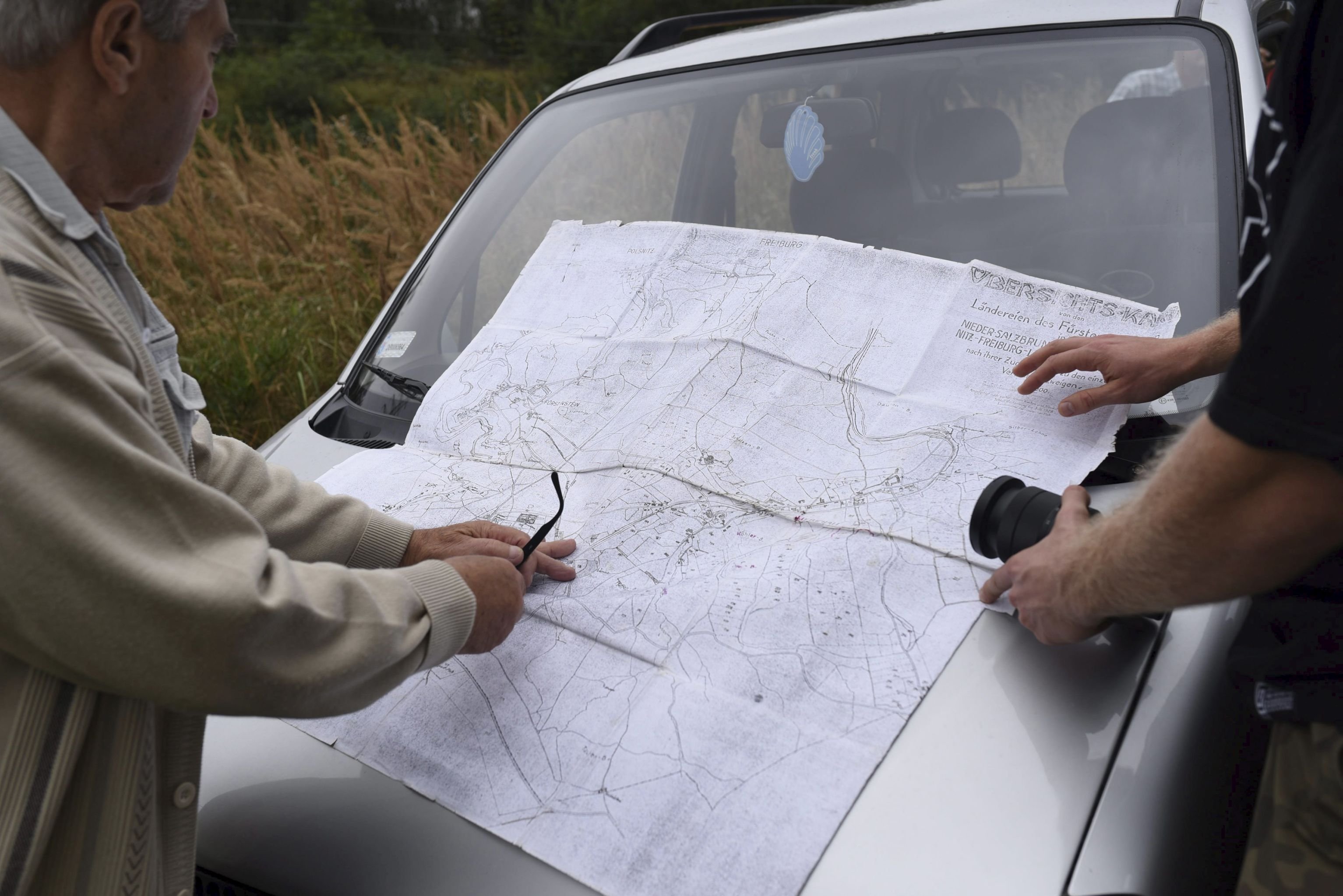 The second team is comprised of specialists from the University of Science and Technology in Krakow.

Municipal spokesman Arkadiusz Grudzien said that the experts will be able to use different measuring equipment and detectors but are not allowed to dig or drill.

In October the Polish military forces, including a bomb squad, completed tests at the suspected site and declared it free of hazardous material.

Deputy Culture Minister Piotr Zuchowski said in August he was "more than 99 percent sure" the train exists after seeing ground-penetrating radar images provided by Piotr Koper and German Andreas Richter.

Claims that the train had been found this summer sparked a frenzy of interest, both within Poland and abroad, capturing the imagination of treasure-hunters.

© AP Photo /
Hitler’s Hoard: Mysterious Nazi Gold Train Allegedly Found in Poland
The so-called Nazi gold train is a part of a legend about three WWII-era Nazi German gold-laden trains which were buried in secret underground tunnels built by Nazis in early 1945. The trains have never been found, but according to widespread rumors, they contain 300 tons of looted gold, weapons, artwork and jewelry.

The agiotage is fuelled by a massive network of secret underground tunnels near Walbrzych — including around formidable Ksiaz Castle — a fortress which Hitler had wanted to use as his base of operations in Eastern Europe.

According to Poland’s Radio Wroclaw, there are several theories about the train's fate. One story has it that the train entered a tunnel near Ksiaz Castle and never emerged. The tunnel was later sealed up and forgotten.

© AFP 2019 / JANEK SKARZYNSKI
This photo taken on November 21, 2014 shows Ksiaz castle in the underground of which may be hidden the "Nazi gold train," according to Polish treasure hunters

Historians, however, say that the Nazis dug miles of tunnels in the southwest mountains of what is now Poland in one of the biggest construction projects in the history of the Third Reich.

Some were stashed away, while other pieces are believed to have been smuggled out of Berlin by high-ranking members of the Reich to fund their own escapes and allow them to establish new lives.

Existence of Gold Train Is 'Matter of Faith' - Polish Official