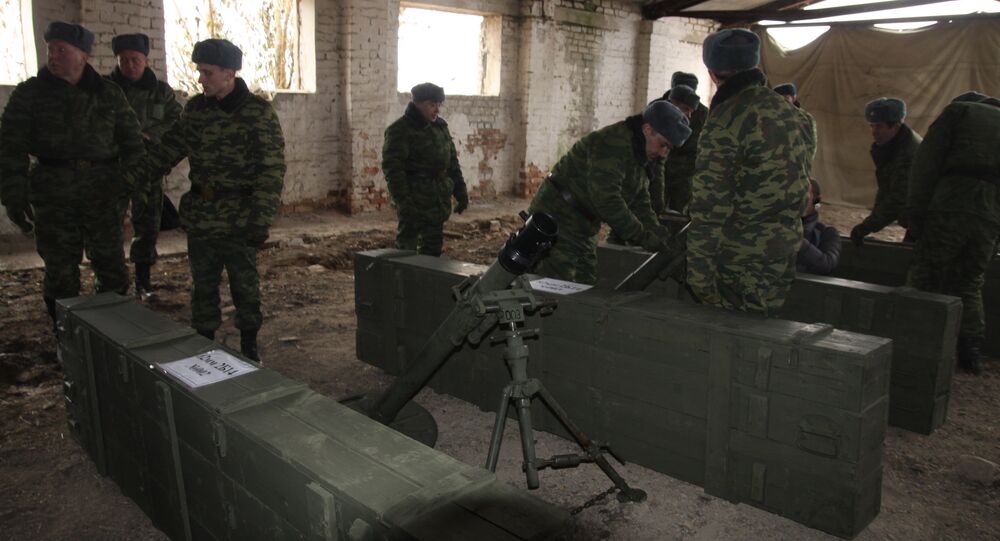 Kiev-led forces finished the withdrawal of weapons with less than 100 mm caliber in Donbass, according to a Ukrainian military spokesman.

Kiev-led forces withdrew mortars from Ukraine's eastern Lugansk Region in October. On Saturday, the Ukrainian forces announced they had began withdraw mortars on the Donetsk direction.

"It [the removal of mortars] has already been completed. We can say, the withdrawal has been finished by evening. It is complete in our [Donetsk] sector. It is yet unknown what shall follow, what kind orders will be given," Oleksandr Zavtonov told Ria Novosti.

© Sputnik / Sergey Averin
Normandy Quartet Notes That Arms Withdrawal in Ukraine Proceeds on Time
Earlier in the day, the eastern Ukrainian self-proclaimed Lugansk People’s Republic (LPR) completed the withdrawal of weapons with less than 100 mm caliber from the contact line.

Southeastern Ukraine has been suffering from a crisis that emerged as a result of a military operation against local independence supporters, launched by Kiev authorities following a coup in April 2014.

DPR Begins Withdrawal of Weaponry With Less Than 100mm Caliber