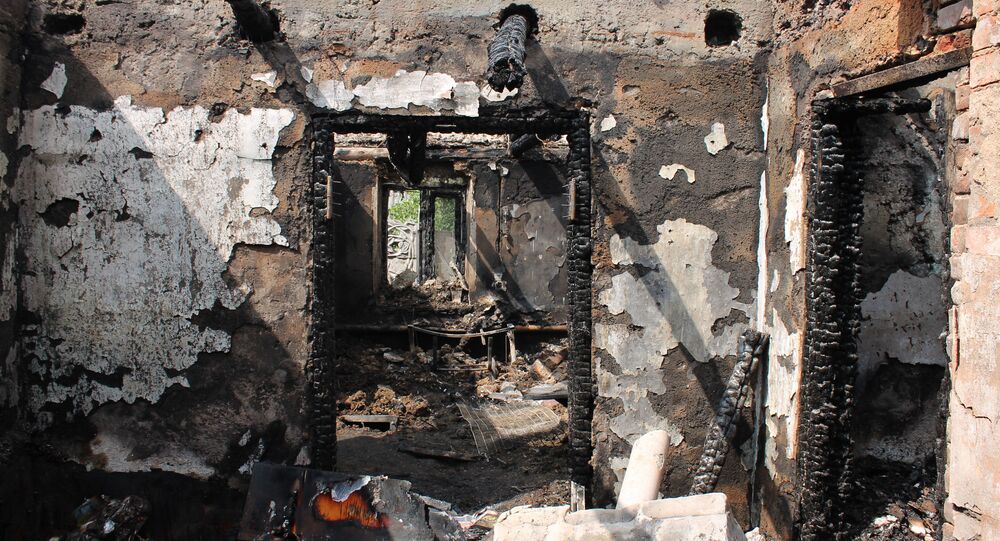 "A house, located in the central part of the city, was damaged, one of its walls was pierced amid 'Grad' missile shooting that started at about 6.50 a.m. [04:50 GMT] in the morning," Prikhodko said.

According to the district administration head, there are no victims.

A ceasefire has been in place in eastern Ukraine since September 1. Russian and German Foreign Ministries said earlier that the pact was holding.

A new deal was signed in late September 2015 to withdraw artillery under 100mm caliber from the line of engagement, first from the Luhansk region and then from the neighboring Donetsk. Under the accord, the sides had 41 days to fully withdraw such weapons.