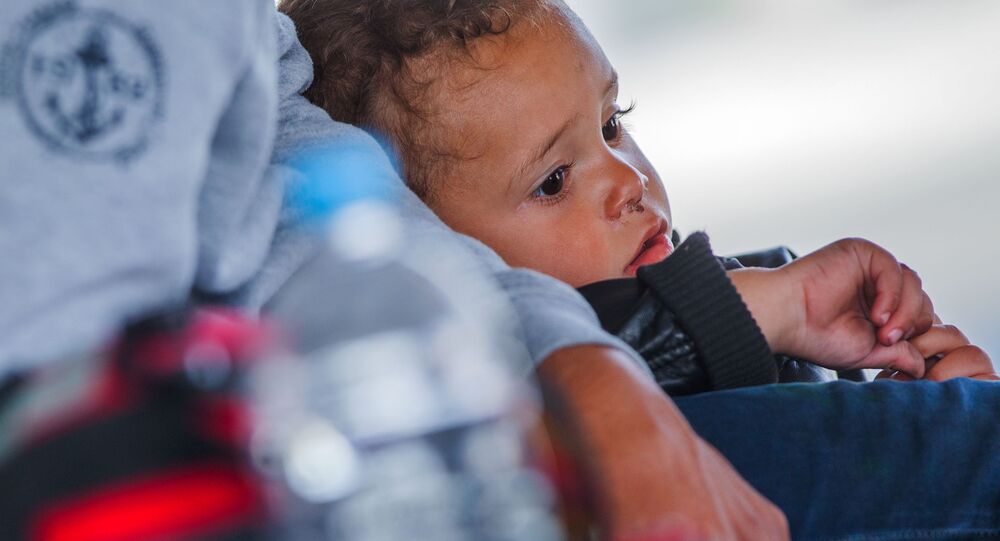 Sweden, which together with Germany has been the most generous of countries in Europe over the refugee crisis, is struggling to deal with the sheer volume of arrivals and up to 40,000 children and teenagers arriving unaccompanied.

© REUTERS / Adam Ihse/TT News Agency
Sweden Can't Provide Beds for All Migrants, Urges Refugees to Stay in Germany
Sweden’s Minister for Justice and Migration Morgan Johansson issued a statement Thursday saying that the country cannot accommodate any more refugees. This has been widely interpreted as a signal that Sweden is cooling down over its generous reception to asylum-seekers.

It is estimated that – of those migrants arriving at Sweden’s border – up to 40,000 are unaccompanied children and teenagers, posing a major headache for the authorities.

Johansson described the current situation as "dramatic" and "strained" and said that those considering seeking asylum in Sweden would be better off remaining where they are – with many being in Germany, which itself is struggling to cope with the numbers. She said:

"Those arriving at Sweden’s borders may well be met by the message that we cannot arrange accommodation for them."

Göran Eriksson, political analyst for newspaper Svenska Dagbladet, told the state broadcaster that "Sweden has a reputation of having a generous system for receiving refugees and what they're trying to do now is change that reputation".

The Swedish Migration Agency has said the country will receive up to 160,000 refugees in 2015, a record number.

© AFP 2021 / LEHTIKUVA / PANU POHJOLA
Refugees receive food upon arrival at the Tornio-Haaparanta bus station in Sweden after crossing the Finnish border on September 14, 2015

Ylva Johansson, Swedish Employment Minister, said the situation was critical in the short-term, but there were nonetheless benefits for Sweden in the long run. She told the BBC.

"We are proud of being a generous country when it comes to taking in refugees, but that’s a little bit too much that we can handle. When it comes to unaccompanied minors, we have 30,000 or 40,000 thousand children and teenagers coming alone to Sweden and this is a very tough situation for us right now."

"In the long-term perspective, we do need more people. We have a democratic challenge that we can solve with a lot of newcomers who can help us and be part of the workforce. So in the long run it is positive. But in the short-perspective we do have a very tough situation in our local communities and we have a huge shortage of housing right now," she said.