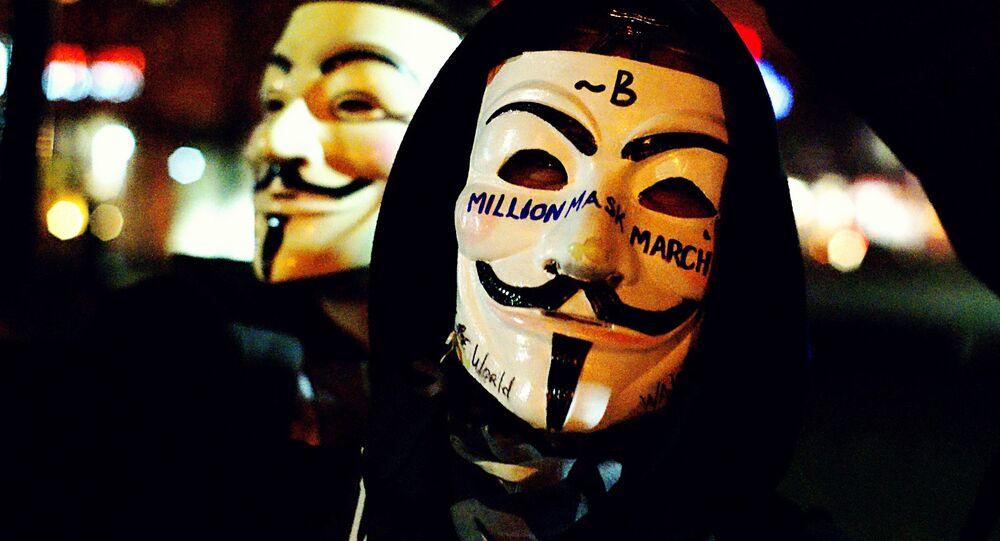 Violence which erupted during a protest against education cuts has been described as a "dress rehearsal" by a senior police officer ahead of the planned Million Mask March rally in London, with ring leaders staying away in readiness for the anti-capitalist demonstration.

Protesters lit flares and threw smoke bombs at officers guarding government buildings, while a heavy police presence guarded war memorials outside Downing Street, during a six-hour demonstration in the capital — and more trouble is expected in central London.

Commuters have been warned that they face disruption as 18,000 people descend on the capital for the annual protest on November 5 by the anti-capitalist group, Anonymous.

Police sources told the Evening Standard that "hardcore protesters stayed away last night because they don't always have a view on the student grants".

"They also didn't want to be arrested, spend 24 hours in a cell and miss the protest today."

"We're expecting trouble and for it to be nasty."

Meanwhile, the UK's shadow home secretary, Andy Burnham, has warned that public safety is at risk if there are further cuts to the policing budget. In September 2015, home secretary Theresa May announced a "greater role" for volunteer police roles, while slashing 22,000 officer jobss by the end of 2020.

Andy Burnham has launched a petition calling on the government to think again.

"If ministers cut the police on the scale proposed, they will be putting public safety at risk and will go down as the government that took thousands of bobbies off the beat.

"The consequences of Tory cuts are already being felt — we cannot afford to lose even more officers," said Burnham, who claims the Conservative government has broken a pledge to keep the public safe.

"With crime starting to rise, now is not the time to cut the police."

And he's not the only one linking police cuts with public safety. The head of London's Metropolitan Police Service (MPS), Sir Bernard Hogan Howe, said the safety of London was at risk from the loss of up to 8,000 police jobs.

Something amiss about the #MillionMaskMarch. If you want to challenge the system, look it in the eye. Do so as yourself. Have some dignity.

Along with budget cuts — Theresa May has refused to allow Sir Bernard Hogan Howe to deploy water canon during a potential riot.

Meanwhile, 18,000 anti-capitalist protesters are expected to hit the streets of London and the police are already anticipating the march to turn violent. Chief Superintendent Pippa Mills said:

"Over the past few years this event has seen high levels of anti-social behaviour, crime and disorder. This year we have strong reason to believe that peaceful protest is the last thing on the minds of many of the people who will come along."