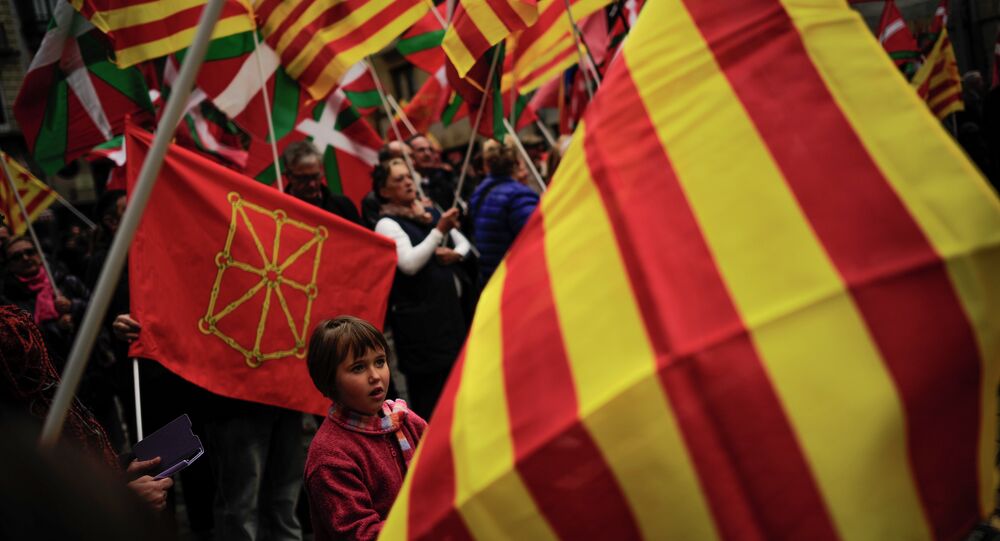 After Catalans, Basques Launch Process for Independence From Spain

Separatists in the Basque region of Spain have started formally laying the groundwork for their push for independence from the government in Madrid.

EH Bildu, a left-wing pro-independence party, has submitted a bill to the regional parliament that it hopes will pave the way for consultations to be held in the region, the Guardian reported.

"The aim is to put the political, economic and social future of the Basque country in the hands of its citizens," EH Bildu's spokesman, Hasier Arraiz, said as he presented the legislation.

The bill mirrors that passed by the Catalan parliament last year, which aimed to create legal cover for a consultation on independence in the region.

Spain's constitutional court suspended the regional law, but Catalonia pressed ahead with the consultation, rebranding it as a symbolic referendum, the Guardian reported.

The Basque bill almost certainly will not pass, as EH Bildu holds only 21 of the 75 seats in the Basque parliament. But it could mean that any concessions granted to secessionists in Catalonia have to be extended to separatist movements across the country.

Basque leader Iñigo Urkullu on Wednesday said his Basque Nationalist party would not support the bill.