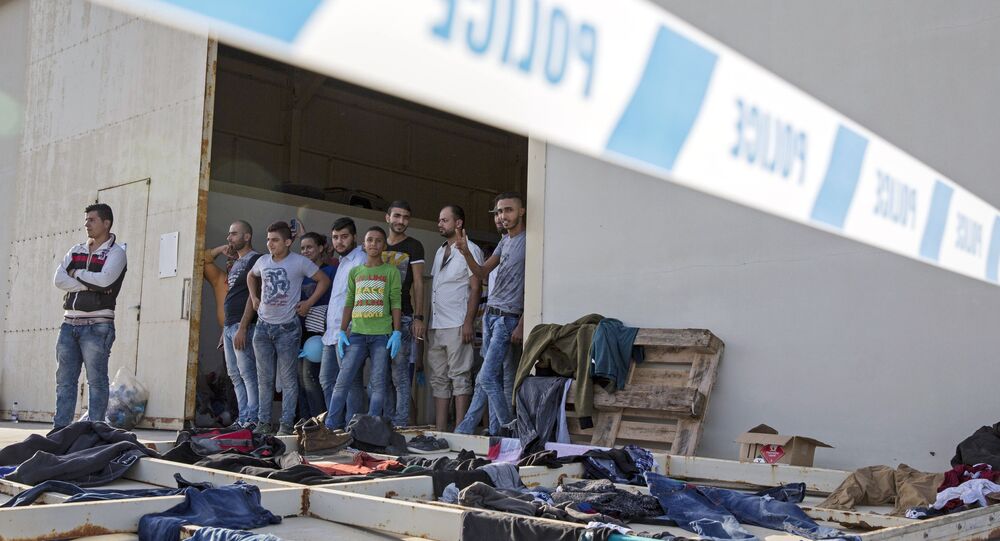 Refugees held on a British Royal Air Force base on the island of Cyprus are pleading with Prime Minister David Cameron to grant them asylum in the UK and show "humanity", saying their captivity is like Guantanamo Bay prison in Cuba.

Speaking through the fence, one asylum seeker told The Times: "We are in his [David Cameron's] hands." Ibrahim Maarouf, who is living in the camp with his wife and two young children said:

Initially bound for Greece, the boat washed up on Cypriot shores and then on a British military base.

"We told them [officials] we want to go to England, but they told us 'no'. Now we're in a British prison."

As Maarouf spoke through the barbed wire fence, the reporter heard other asylum seekers shouting "Guantanamo".

Refugees starting fires and rioting at RAF #Akrotiri — they say asylum in Cyprus isn't good enough. What happened to any shelter in a storm?

The asylum seekers were transported by coach after their boat washed up on the shores of RAF Akrotiri, Britain's biggest army base on Cyprus. Footage has since emerged on the internet showing tents burning and groups protesting next to a high wire fence in the Dheklia camp chanting: "Let us leave" and "We are people not animals."

280K refugees come to Lesbos. EU struggles to cope but do try. 140 arrive on UK soil in Cyprus and we can't treat even them decently. Shame!

Refugees plead for their release from RAF base in #Cyprus: https://t.co/QUGFmy1cNZ pic.twitter.com/UQSfjDmqUG

Cyprus amended its asylum laws in 2014, restricting those claiming asylum from bringing their family members to the island once they had been granted the right to remain. Isolated from the European Union's approach to processing asylum claims, only three percent were granted refugee status last year. Many migrants and refugees end up living illegally on the streets.

Twelve out of the 115 refugees and migrants on the island have so far claimed asylum.