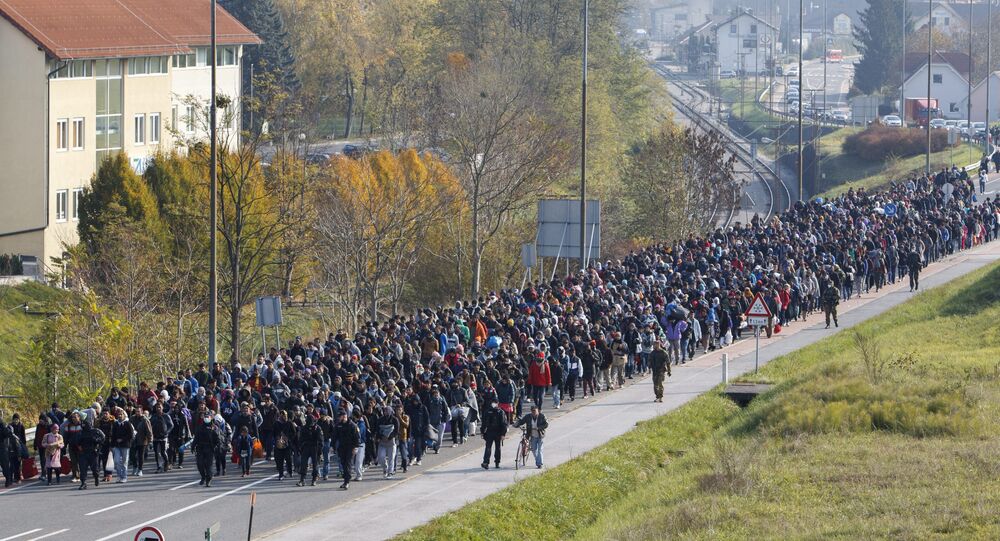 Austria will shorten the currently indefinite term of asylum to a maximum of three years and will tighten the process for refugee family reunions amid a large-scale migrant crisis, the country’s government said on Tuesday.

"It is important to show people that asylum is a temporary measure."

© AP Photo / Kerstin Joensson
Merkel Fears Military Conflicts in Europe Amid Refugee Crisis
Under proposed legislation, a three-year asylum term may be prolonged after an investigation can prove the likelihood of persecution or violence in their home country.

Currently, refugee status gives a right to bring family to Austria after a year of residence. The new law will extend this period to three years.

The reforms will help to distinguish between refugees and economic migrants, Mitterlehner added. The law is expected to come into force November 15.

The European Union, and particularly Austria, are struggling to manage a massive refugee crisis, as hundreds of thousands of people flee conflict-torn regions, seeking asylum in the bloc. Over 710,000 migrants have arrived in Europe since the beginning of 2015, according to the EU border agency Frontex.