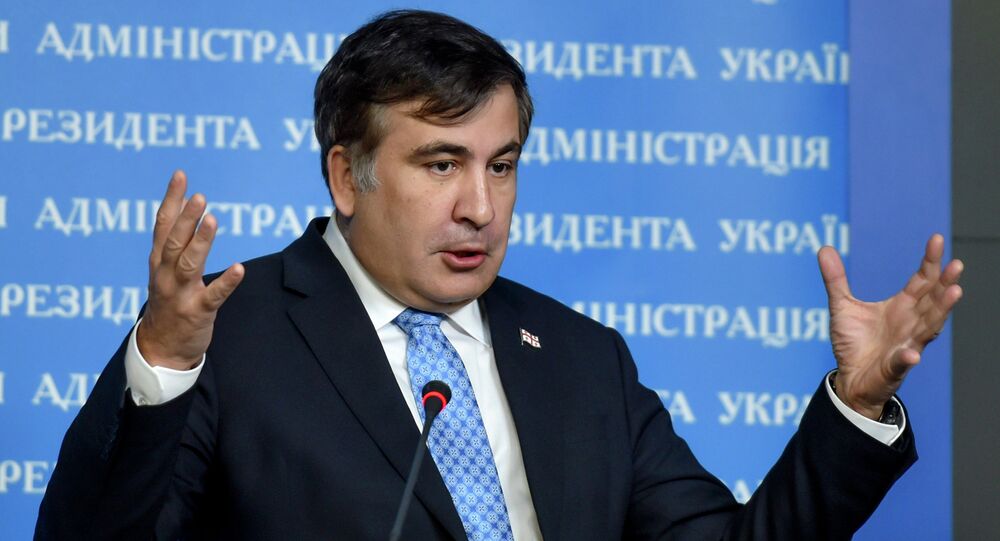 Saakashvili 'Should be Jailed' for Plotting Coup in Georgia – Georgian PM

During his visit to Estonia, Georgian Prime Minister Irakly Garibashvili said there is evidence that former president Mikheil Saakashvili planned to stage a coup in the country.

During his visit to Estonia, Georgian Prime Minister Irakly Garibashvili said that former president and now governor of Ukraine’s Odessa Mikheil Saakashvili should be jailed for plotting a revolt in Georgia.

"Mikheil Saakashvili planned to organize a coup in Georgia. And there is evidence of this. Some audio tapes have been published by a Ukrainian website. The majority of Georgian people would say there is no place for Saakashvili in politics. I would say he should be jailed," Garibashvili said at a press conference in Tallinn on Monday.

Later, Saakashvili was put on the wanted list in Georgia.

© Sputnik / Denis Petrov
From Tbilisi, to Odessa, to The Hague? Saakashvili Facing ICC Probe
In October, a Ukrainian website published an audio tape of the conversation between Saakashvili, director of Rustavi 2 broadcaster Nika Gvaramiya and a leader of the United National Movement Georgy Bokeria.

During the conversation, Saakashvili is giving advice on how to protect the company, including with the use of militants, barricades and tents. All of the above should have sparked a revolution in the country, according to the tape.

On November 2, the same website published an audio tape of the conversation between Saakashvili and famous Georgian singer Sofa Nizharadze. The former president was talking about the possible bloody conflict in Georgia. The singer in turn said the tape is a fake.

Poroshenko May Review Petition to Appoint Saakashvili as Ukraine's PM