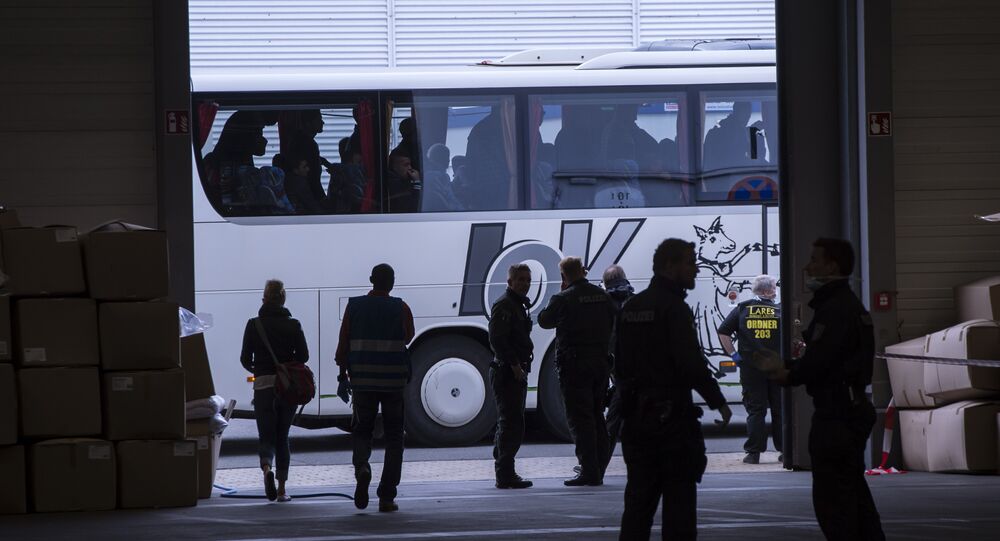 An official in Bavaria told Angela Merkel that he's worked out how many asylum seekers his area should receive, and he's prepared to put any extras he gets on a bus and send them straight to the Chancellery in Berlin.

© REUTERS / Francois Lenoir
Pied Piper of Berlin: Merkel's Migrant Policy Alienating Europe
An official from the Bavarian town of Landshut has threatened to send buses of migrants to the German Federal Chancellery in Berlin if more than 1,800 asylum seekers are settled in his area.

"If Germany takes one million refugees, then mathematically 1,800 should be sent to my district," Peter Dreier, head of the Landshut administration, reportedly told Merkel in a telephone call on Wednesday.

"I will take them, but any more I will send by bus to the Chancellery in Berlin," said Dreier, who took the phone number of a Chancellery official and promised to give a day's notice before sending the buses.

© REUTERS / Srdjan Zivulovic
Austria Condemned by Germany for Following Hungary's Lead‏
Dreier also warned Merkel that "our inner peace is in danger here," due to the number of refugees and migrants arriving in Germany.

The official said that Merkel agreed with him, and told him that her administration was working day and night to find a solution which involved an agreement with Turkey and other European partners.

"'We can handle it' is no longer the slogan, said Dreier. Merkel has admitted that, and so now says 'we can handle it only together with the EU,'" Welt am Sonntag reported.

Dreier's conversation with Merkel was reported by Welt am Sonntag.

The telephone conversation took place after Dreier had informed Merkel in writing of his intention to send migrants to Berlin in buses; the German Chancellor then telephoned him in response.

"If you send buses to me, then actually, I have to send them back to Greece. But from there, they will just return to you," Merkel told the Bavarian official.

Is Berlin Ready to Risk Washington's Wrath by Restoring Ties With Russia?