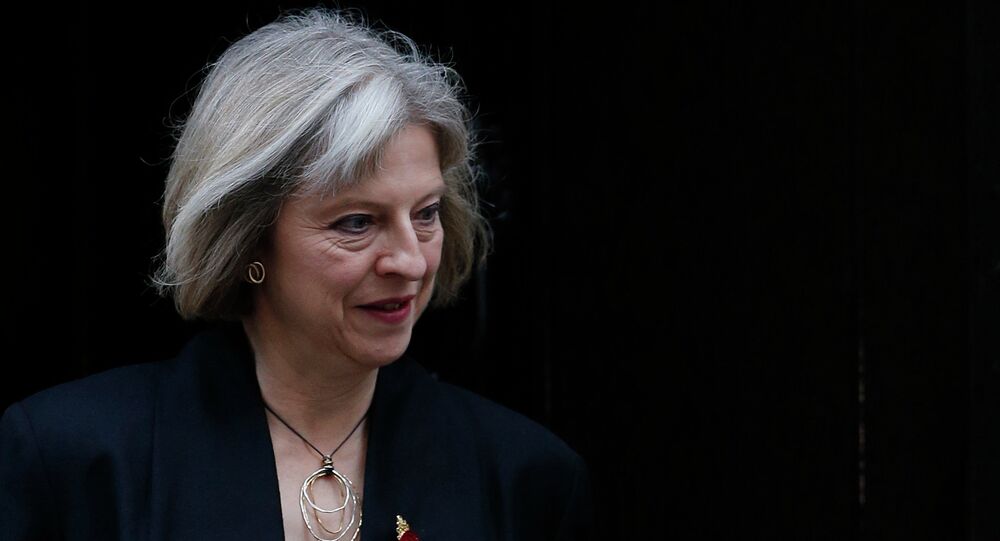 LONDON (Sputnik) – May is expected to introduce the Investigatory Powers Bill, granting police, intelligence and security agencies powers to access internet browsing history for a year, on Wednesday.

"We’re not banning encryption…But what we will be doing is setting out the current position which enables authorities to issue warrants," May said in an interview with BBC.

May, who stressed that the bill is not seeking powers to go through internet browsing history, said the Investigatory Powers Bill provides the "first step" of identifying the communicating parties.

According to the anticipated bill, UK telecommunication companies and internet service providers will be paid to log customers’ emails, internet use and other correspondence for easier searches by security officials.

The plan makes it a legal requirement for communications companies to retain customer web browsing history accessible for 12 months.

Police have been lobbying the government to grant it expanded surveillance powers, arguing that the scale of activities carried out online in the digital age makes traditional methods of surveillance and investigation less effective.