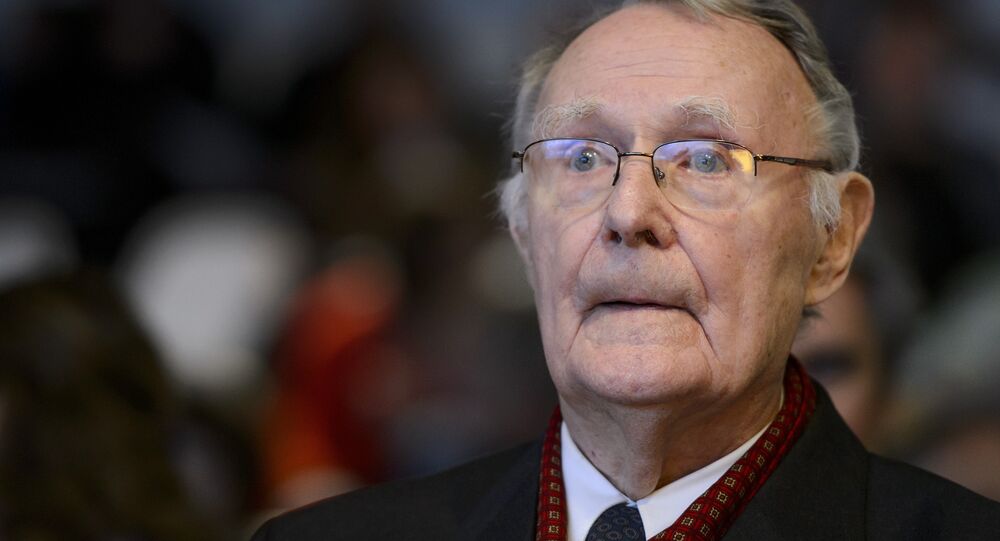 After moving back to Sweden, billionaire Ikea founder Ingvar Kamprad has to pay Swedish income tax for the first time since leaving the country in 1973.

© Flickr / schmilblick
Young Journalist Stoned While Making Video Report in Swedish ‘No-Go’ Area
Founder of the Ikea flat-pack furniture empire, Ingvar Kamprad, has paid income tax in Sweden for the first time in 40 years, having decided to move back to his homeland.

Kamprad, 89, left Sweden in 1973 to avoid paying the country's high income and corporate tax rates, which have now been curbed by some center-right governments in Sweden, who abolished the wealth tax, and made cuts to income tax and welfare.

Initially, Kamprad moved to neighboring Denmark, then settled in Switzerland in 1976. In 2013, he announced he was moving back to Sweden after the death of his wife Margaretha in 2011.

"I'm moving back to Sweden to be closer to my family and old friends," stated Kamprad.

"Since my dear wife Margareta died about one and a half years ago, there is less and less keeping me in Switzerland."

His spokesman confirmed that as a result of the move, Kamprad would again pay tax in Sweden on his income, but that the move would not entail any more taxes.

Last month IKEA, which is owned by a foundation based in Luxembourg, announced record annual sales of 31.9 billion euros, an 11 percent increase on the previous year. Kamprad, who retired from the management of the IKEA group in 1986, is senior advisor on the supervisory board of Ingka Holding, Ikea's parent company.

© AFP 2021 / JONATHAN NACKSTRAND
Sweden to Tighten Immigration Laws Amid Record Refugee Inflow
According to Sweden's Dagens Nyheter newspaper, Kamprad moved back to the country in time for the 2014 tax year. His income was just under 1.2 million kronor for the year, and he also paid tax on 16.5 million kronor in capital, so his total bill was just over 6 million kronor [$700,000].

Kamprad's fortune is estimated by Forbes at $3.4 billion, putting him 497 in its 2015 list of billionaires. He founded IKEA in 1943, initially as a mail-order business selling pencils, postcards and other merchandise. The company began producing furniture in the 1950s, when Kamprad introduced the concept of flat-pack manufacturing.