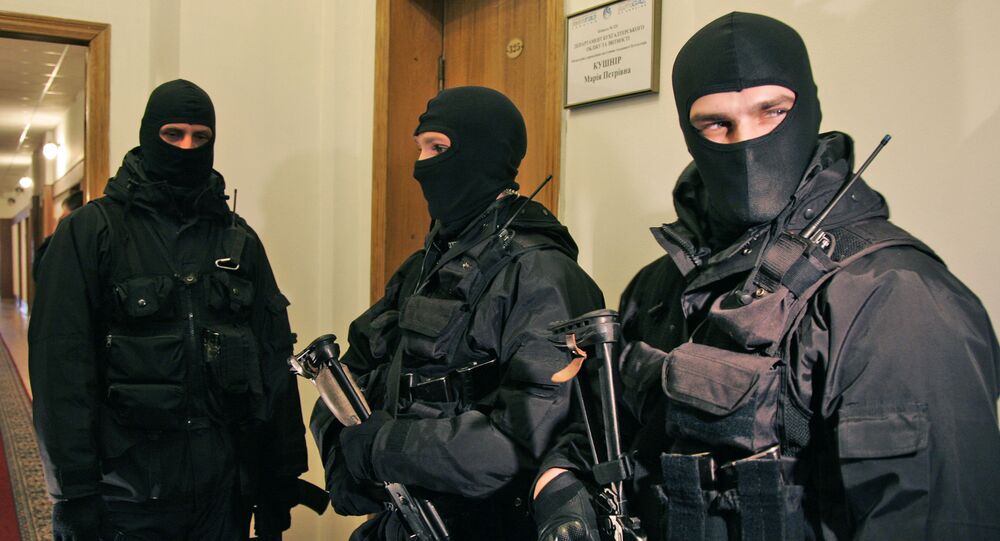 After coming for Russian-speaking activists, Ukraine's post-coup government arrested the head of a nationalist political party sponsored by one of his key political opponents.

Ukrainian President Petro Poroshenko's allies and opponents have both called the arrest an act of political repression. Korban was a mayoral candidate in the Dnepropetrovsk mayoral elections on October 25, the results of which have still not been announced.

Poroshenko bloc member, Verkhovna Rada member Taras Batenko said that he would be leaving the bloc as a direct result of the arrest, which he called political repression.

"Usurpation begins with disregard for public opinion and ends with the appearance of political prisoners. Today the government made a decisive step toward the beginning of a new dictatorship," Batenko wrote on his Facebook page.

While Ukraine continues police operations against Russian-speaking activists and advocates, this is the first time a Ukrainian nationalist party leader has been arrested by the post-coup government.

© AP Photo / Emilio Morenatti
Poroshenko Ally 'Wins' Rada Election After Fraud Accusations
Korban's lawyers called his arrest a kidnapping because Ukraine's government has not provided them with information about the charges against him.

The SBU told media that Korban was arrested without charges, and that a court would decide his punishment.

Ukraine's General Prosecutor's Office also did not say what charges Korban was facing, although it told media that the operation overall was pursuing cases for creating an organized crime group, embezzlement and kidnapping. It added that one Korban-tied group stole 40 million hryvnias ($1.7 million) from a fundraiser for pro-government militias in the Donbass region.

Before the October 25 elections, Korban was part of a vicious feud between him and Poroshenko ally Serhiy Berezenko in a parliamentary election marred with fraud and vote-buying.