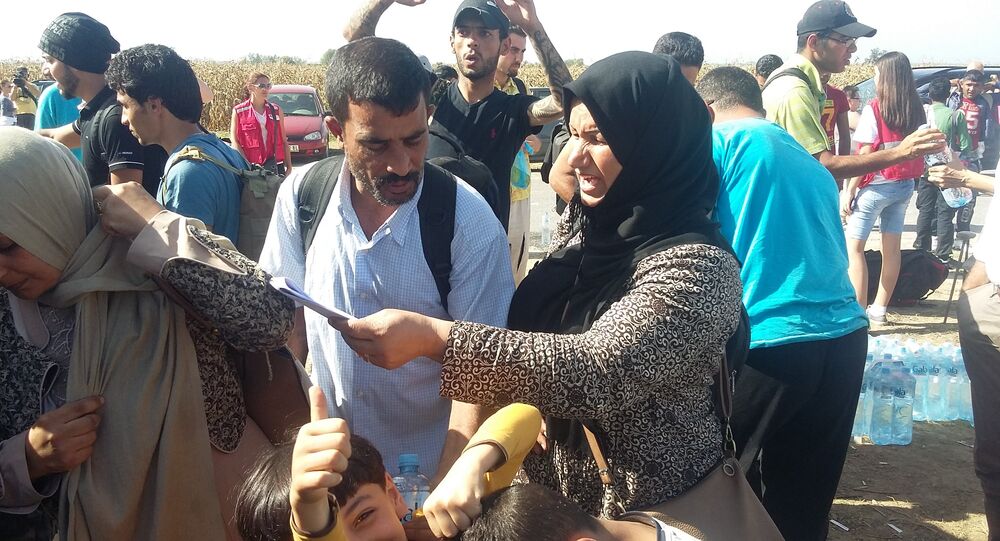 Sanda Raskovic Ivic, the leader of the Democratic Party of Serbia said that the European Union did not fulfill its promises to tackle the ongoing refugee crisis.

"Serbia is not getting enough help from the EU. They promised a lot of money, but it’s business as usual. They did not fulfill what they say," Sanda Raskovic Ivic said.

Also Rascovic Ivic said that if Croatia decides to close its border with Serbia amid the ongoing refugee crisis, Serbia will not be able to cope with the influx of asylum seekers.

"The Croatia-Serbia border is a bit tense. Every day Croatia is threatening that it would close the border because of the quantity of migrants that are crossing… If Croatia does it, we will feel very bad. People do not want to stay in Serbia. But even if they wanted to, we do not have the means to keep them. We really cannot integrate other people," Sanda Raskovic Ivic said.

Raskovic Ivic explained that Serbia had massive unemployment and around one million refugees from other former Yugoslav republics.

"The problem of refugees should be tackled at its roots. Russia is doing very well by attacking IS positions in Syria, because it is exactly the root of the problem," Raskovic Ivic said.

Since Hungary erected walls in its borders with Serbia and Croatia in order to prevent refugees from transiting through its territory, the two countries have felt the effects of a higher influx.

Serbia, as other candidate countries for membership of the European Union, mainly gets financial and technical support through the Instrument for Pre-accession Assistance (IPA). These funds, among other purposes, are also intended for migration–related activities. Some 8.2 million euros ($9 million) have already been allocated through IPA funds to support Serbia’s asylum system in the medium and long-term, according to the European Commission’s factsheet.

© AP Photo / Muhammed Muheisen
Russia, Serbia to Work on ISIL Militants' Identification Among Refugees
On October 25, an EU emergency summit on the Western Balkans migration route, attended by the leaders of 11 governments including Serbia, produced a comprehensive 17-point action plan to cope with the refugee crisis.

The plan envisages measures to improve the exchange of information and strengthen cooperation between the countries along the Western Balkans route. According to the plan, EU border agency Frontex should help monitor border crossings and support registration and fingerprinting procedures at the Croatian-Serbian border crossing points.

According to Raskovic Ivic, at least 3,000 to 5,000 asylum seekers cross the border from Serbia to Croatia every day.