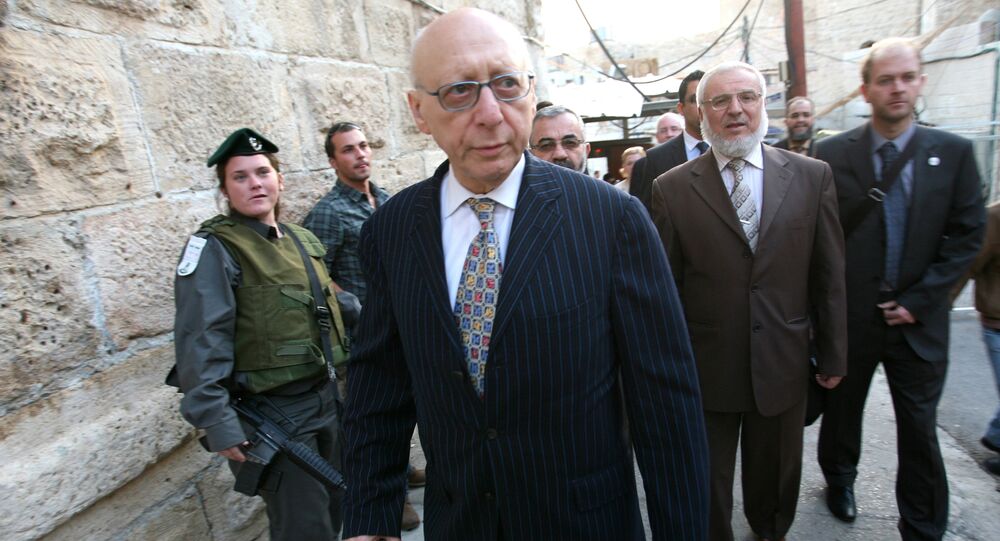 Veteran Labour MP Sir Gerald Kaufman has slammed Britain's support of Israel, saying that David Cameron's government is being influenced by "Jewish money". Kaufman also blasted Israeli authorities, accusing them of fabricating some of the recent stories of Palestinian knife attacks against Jews.

Speaking at a Palestine Return Center event in parliament, Kaufman — who is Jewish, but has been a long time critic of the state of Israel — said that he'd noticed a stronger pro-Israel stance from the government in recent years, which he believed was due to recent donations from Jewish groups.

"It's Jewish money, Jewish donations to the Conservative Party — as in the general election in May — support from The Jewish Chronicle, all of those things, bias the Conservatives.

"There is now a big group of Conservative members of Parliament who are pro-Israel whatever government does and they are not interested in what Israel, in what the Israeli government does," he was quoted as saying by news website, the Jewish Chronicle.

"They're not interested in the fact that Palestinians are living a repressed life, and are liable to be shot at any time. In the last few days alone the Israelis have murdered 52 Palestinians and nobody pays attention and this government doesn't care."

'More Than Half' of Palestinian Knife Attacks 'False'

In comments recorded by blogger David Collier, Kaufman cited "a friend who lives in East Jerusalem," who said that a significant number of the recent stabbing attacks in the country were based on "false claims."

Kaufman, who is Father of the House of Commons, also referred to a recent incident where an Eritrean man was killed by angry Israelis after being mistaken as the accomplice of an Arab attacker.

"Not only that, they got to the point of executing Arab-looking people and in the past few days they killed two Jewish Israelis and an Eritrean just because they looked Arab. They fabricated a stabbing story to justify the killings before they found out they were not Palestinians," Kaufman said.

Pro-Israeli and Jewish groups have accused Kaufman of engaging in an anti-Semitic rant, with President of the Board of Deputies Jonathan Arkush, describing the comments as "outrageous" and demanding an investigation from the Labour party.

Kaufman's comments come at a time of increased public and political criticism of Israel, heightened by last year's summer offensive in Gaza, which resulted in the deaths of more than 2,200 Palestinians and accusations that Israel was in breach of international law.

The criticism of Israel's actions is thought to have been a factor in British parliament's decision to recognize the State of Palestine in a symbolic vote last year.

The former Labour leader Ed Miliband was behind the push for Palestinian recognition, while Prime Minister David Cameron abstained from the vote.
Despite the vote, the UK government's formal position on Palestinian recognition hasn't changed, with officials saying they support the two-state solution and Palestinian sovereignty, but at a suitable time in the future.