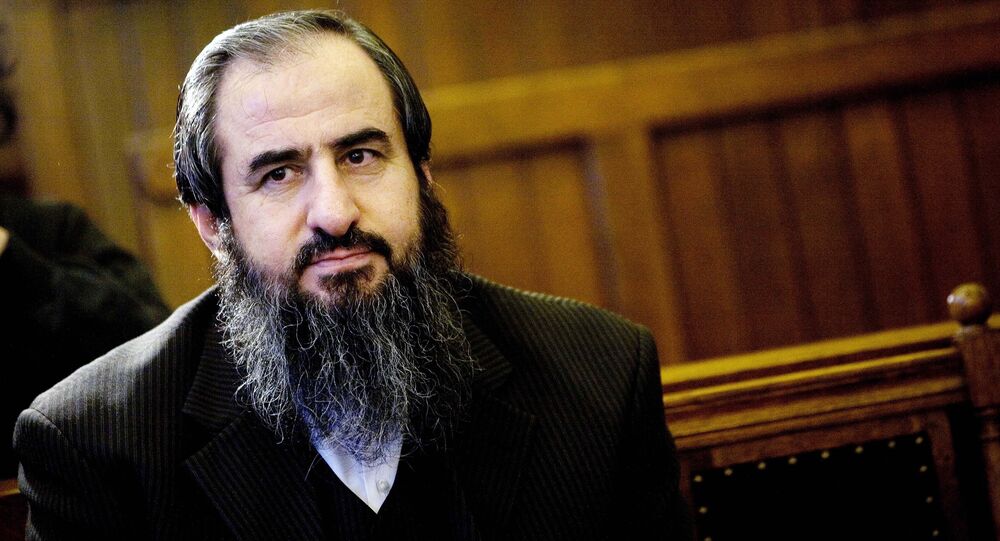 Kurdish cleric Najmuddin Faraj Ahmad sentenced to a year and a half in prison by Oslo District Court.

© Flickr / Timo Noko
Situation With Syrian Refugees in Norway's Finnmark Out of Hands
MOSCOW (Sputnik) – The Oslo District Court sentenced controversial Kurdish cleric Najmuddin Faraj Ahmad, better known as mullah Krekar, to a year and a half in prison on Friday for threatening a Kurdish activist.

"The threats were made under aggravating circumstances," the court said in its ruling, cited by the local Aftenposten newspaper.

The cleric's threatening statements were made in interviews with Norwegian and Kurdish television in February, one month after Krekar was released after serving two years in jail for making threats against three Kurds and Conservative Party leader Erna Solberg, now Prime Minister of Norway.

Krekar was the original leader of the Ansar al-Islam militant group, active in Iraq and Syria from 2001 until its merger with Islamic State in mid-2014.

The group carried out numerous deadly attacks, and is widely regarded as a terrorist organization.

The mullah first came to Norway as a refugee in 1991, and has since repeatedly traveled to the Middle East. He has been on the UN terror list since 2006.

Though Norwegian authorities decided to deport Faraj Ahmad in 2003 over national security concerns, international human rights obligations ban Oslo from returning him to Iraq, where he is wanted on terror charges.

US Marines Need Better Management for Supplies Stored in Norway