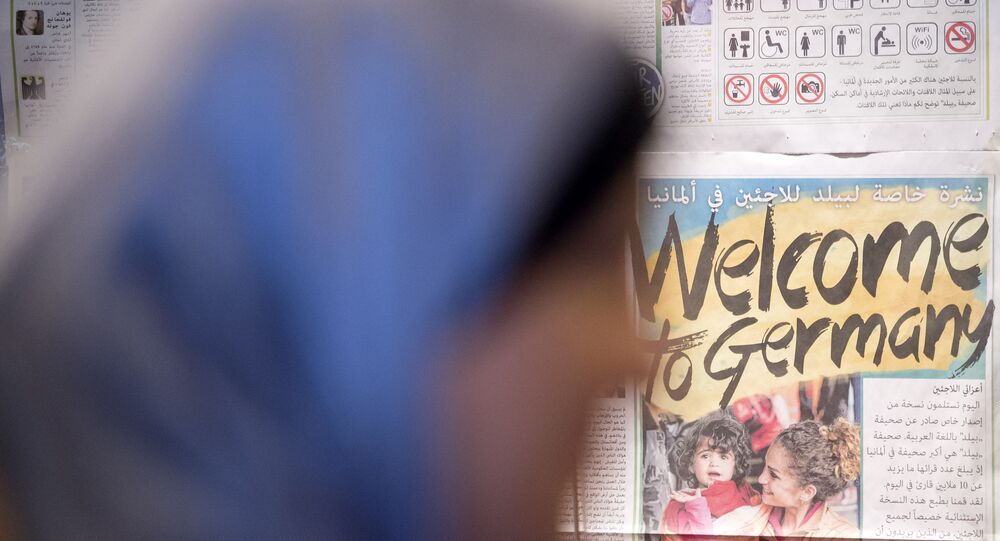 Merkel Slammed by Her Own Vice Chancellor as Refugee Crisis Deepens

German Chancellor Angela Merkel has been criticized by her own Vice Chancellor Sigmar Gabriel, who says he has had enough of the stand-off between Merkel and Bavaria's President Horst Seehofer over the refugee crisis.

© REUTERS / Francois Lenoir
Pied Piper of Berlin: Merkel's Migrant Policy Alienating Europe
Seehofer has been critical of Merkel's 'open doors' policy, which has led to hundreds of thousands moving across into Europe fleeing warzones including Syria, Afghanistan and Iraq. He has vented his anger at both Austria and Merkel over the way the situation has been handled.

Seehofer set Merkel a deadline of November 1 for Berlin to take control of the border issue with Vienna, otherwise "we need to consider what options we have," he said. Her personal handling of the situation has now led to a crisis within her own grand coalition party. Merkel is the Leader of the Christian Democratic Union (CDU) which is politically allied to its Bavarian sister party, the Christian Social Union (CSU), led by Seehofer.

Now, the German Vice-Chancellor Sigmar Gabriel — who is leader of the SPD party which is in coalition with the CDU/CSU alliance — has warned that Merkel's handling of the crisis and the splits emerging in her Unions party are threatening to stop the basic workings of government.

"This form of mutual blackmail and abuse is unworthy and simply irresponsible," he told Spiegel Online.

"The dispute between Horst Seehofer and Angela Merkel would seem bizarre even in normal times. Given the great challenge of our country faces because of the strong influx of refugees, the dispute between the CDU and CSU is now threatening the viability of the Government."

He called on the German Chancellor to do more to tackle the practicalities of dealing with the tens of thousands of refugees and asylum seekers arriving in Germany each month. Although Bavaria — being the nearest state to the Western Balkan route taken by many of them fleeing war zones — has had to deal with the biggest amount, many other German states are struggling to deal with accommodation and refugee support.

"We now expect everyone to do their job. We do not need every day new half-baked proposals and bogus debates, but the implementation — finally — of practical measures: more staff for rapid decision of the asylum procedure, language courses, training and education for the refugees who have stayed in Germany, and rapid deportation of those who cannot stay here. It is time that all this is finally implemented by those who bear responsibility for it."

The Bild newspaper reported that the CSU leadership is even considering withdrawing its ministers from the federal government and thus forcing the collapse of the coalition if Merkel if Merkel does not take firm action.