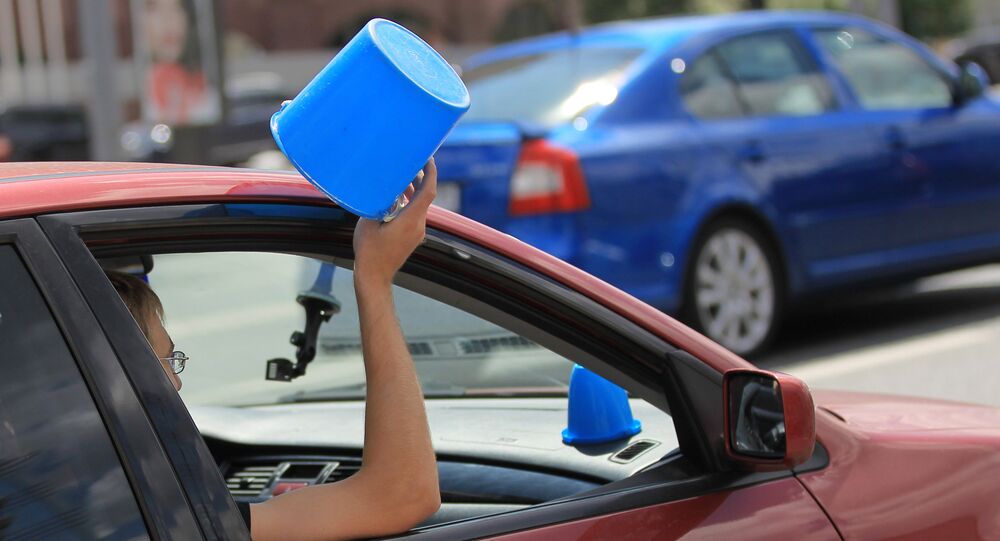 The number of private vehicles with flashing bogus "emergency" lights has drastically increased in Ukraine, in a sign that the country's police reforms have failed to work effectively.

© AFP 2021 / IGOR GOLOVNIOV
Ukraine Swaps Traffic Police for US-Style Patrols
The past few months have seen an ever-increasing number of private cars in Ukraine equipped with flashing emergency lights, according to the Ukrainian news website Vesti.

During the bad old days of ubiquitous corruption in the 1990's-era former USSR, it became common practice for the wealthy few to illicitly purchase the ability to install flashing blue emergency vehicle lights on top of their cars for 50,000 dollars or so, effectively allowing them to ignore the rules of the road. Flashing lights on a passenger car, since Soviet times, had been a sign that a VIP was inside the vehicle.

The number of accidents associated specifically with this relatively small number of vehicles stoked resentment among polite motorists, which took to the roads in protest in 2006, prompting city and national officials to stamp out the process and effectively limit the use of flashing blue lights to genuine emergency vehicles.

However, in neighboring Ukraine, the practice continues. In a bizarre twist, however, the country's motorists are simply buying such lights online for about 1,000 hryvnia (roughly 44 dollars), as they effectively allow drivers to evade normal traffic rules.

A new Ukrainian Law on Police currently stipulates that car owners must pay a 8,500-hryvnia ($370) fine if they are caught installing bogus emergency lights on their vehicles.

However, this hardly compares with what they had to pay in years past: a whopping 50,000-hryvnia flashing lights fine.

© AFP 2021 / SERGEY BOBOK
US to Create Elite Police Unit in Ukraine
What's more, Ukrainian policemen are reportedly turning a blind eye to such cars, preferring instead to ask the drivers about how they managed to obtain the flashing lights and how much they are.

"I bought a blue flashing light, to be more exact, the replica of it.  Traffic police stopped me a couple of times and warned against using the device," a SUV owner Alexei Marchenko was quoted by Vestin as saying.

The Law on National Police was signed by President Poroshenko in August 2015. The goal is to make the Ukrainian police adopt the standards held by US police and contain corruption.

Ukraine Leader Suggests National Police May Be Headed by Foreigner