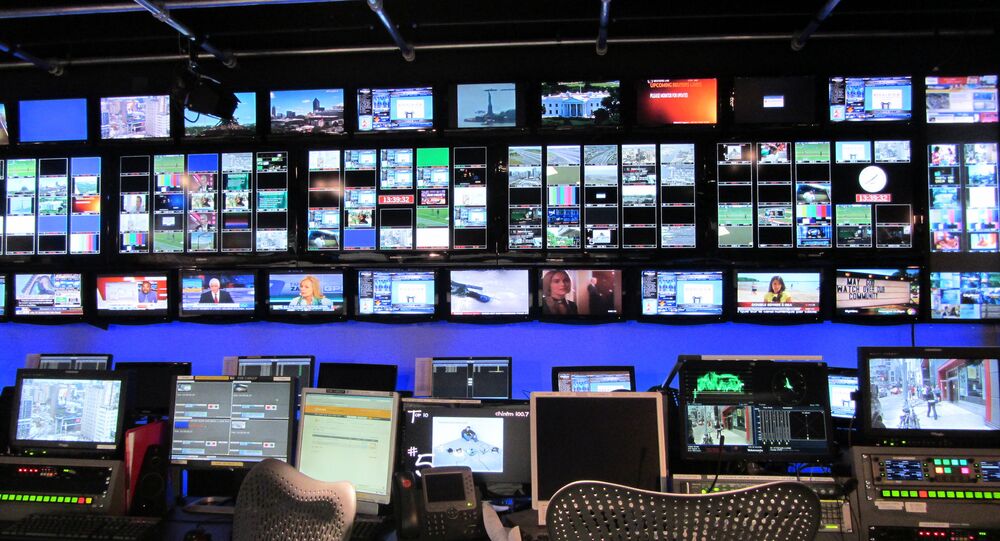 The Latvian parliament approved on Thursday amendments to its electronic mass media laws that allow TV and Radio service regulators to impose restrictions on rebroadcasting foreign programs, the parliament press service said in a statement.

RIGA (Sputnik) — The amendments will come into force if approved by Latvian President Raimonds Vejonis.

"The National Electronic Mass Media Council (NEPLP) will have to assure unrestricted rebroadcasting of audiovisual programs and distribution of electronic mass media services from other countries on the territory of Latvia. However, the law stipulates the steps, according to which NEPLP will be able to ban distribution of foreign programs and services, if violations are registered, for instance, inciting hatred or violating children's rights," the statement read.

In August 2015, Latvia refused to register an office of Rossiya Segodnya International Information Agency in the country, claiming that the media outlet’s editorial policy does not correspond to the Latvian Constitution and the state’s official policies.

Officials from Russia's parliament and the foreign ministry criticized Riga’s decision to refuse the registration of the Rossiya Segodnya's news bureau and called it politicized and discriminatory.

Latvia Turned Away Rossiya Segodnya due to Russophobia