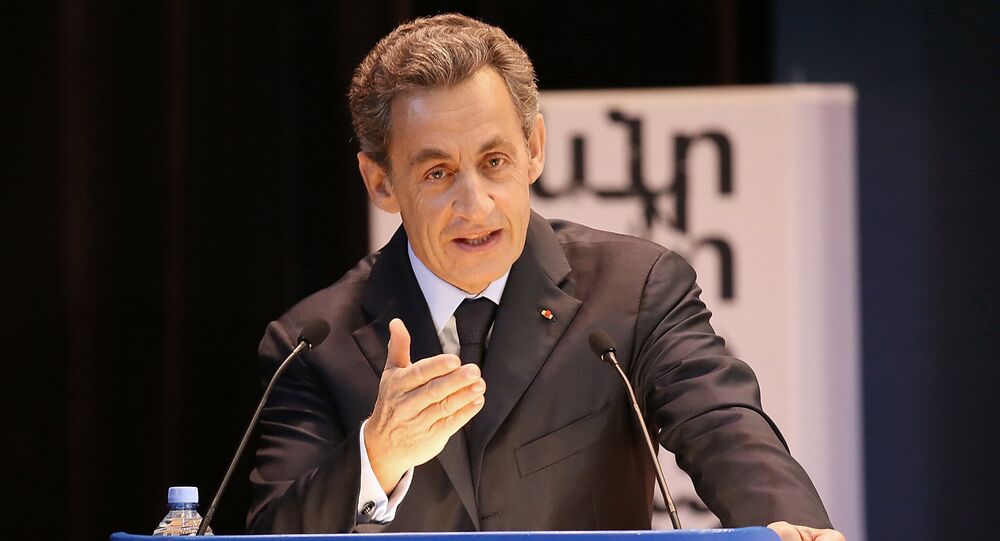 Sarkozy is in Moscow for talks with Russian President Vladimir Putin. Mariani arrived with the ex-head of state as a member of his delegation.

© East News / Gonzalo Fuentes
Sarkozy: Europe Should Avoid Isolating Russia, Dialogue Needed
During Sarkozy’s two-hour meeting with Putin, they discussed Syria, Ukraine, Europe and the sanctions against Russia. After the talks, Sarkozy met some 300 representatives of the French community in Russia and answered their questions.

Mariani cited the former French leader as saying, "He said it was a great mistake, he said it was a completely bad thing for France, for relations with Russia because when we sign a contract we fulfill it."

Paris and Moscow terminated the 2011 deal on construction and delivery of two French-made Mistral helicopter carriers to Russia earlier this year. In November 2014, France suspended the contract, citing Moscow's alleged participation in the Ukrainian conflict. Russia has repeatedly denied the allegations.