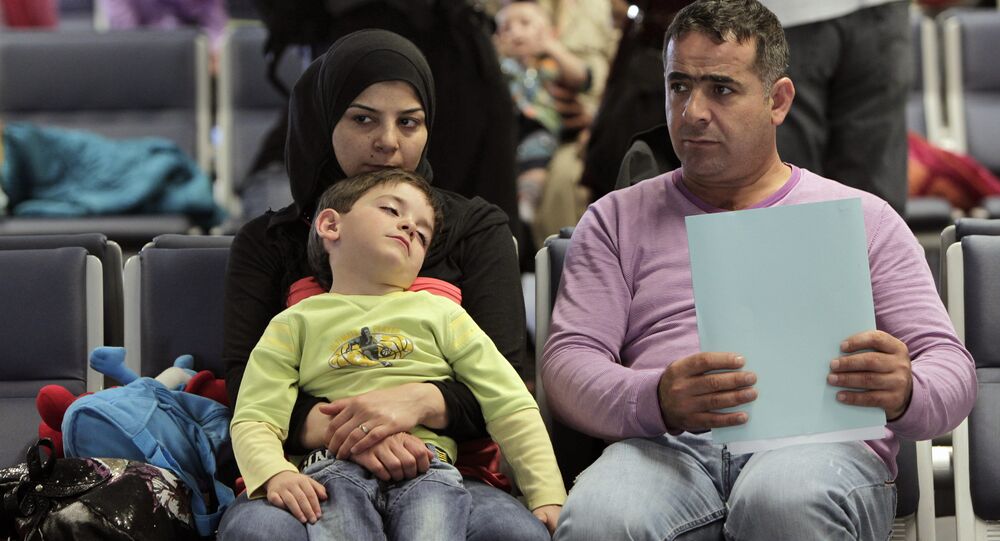 It's been revealed that only 86 refugees who arrived in Italy and Greece this year have been relocated amid a pledge by the European Union to resettle 160,000.

The quota system, proposed by the European Commission has been fiercely contested by many Eastern European countries which have been overruled by Brussels and forced to participate in the plan. In response, individual governments have barricaded their borders with walls and wire fences.

Only 86 refugees have been relocated so far in Europe, since agreed on 23 Sept. Some more headed to Finland, France and Spain. #MigrationEU

It was hoped that the program to share the burden of asylum seekers from the Middle East would decrease the number of people making the journey to Europe in the first place. But the figures speak for themselves. More than 700,000 people have fled to Europe across the Mediterranean Sea so far this year. The EU's pledge to resettle 160,000 seems like a drop in the ocean.

After 1 month the EU has relocated 86 refugees. At this speed, it will take 155 years to relocate the 160.000 refugees across Europe

According to EU Commission spokeswoman Natasha Bertaud, the 86 refugees who have been relocated are currently in Italy. Bertaud told reporters in Brussels that the EU is planning more transfers this week from Italy to Finland, France and Spain.

The reason given by Bertaud for such a paltry number of refugees being resettled is because many countries have not told the EU Commission how many spaces they have allocated for migrants.

"[The EU needs] all member states to tell us how many places they have available right now out of their share of 160,000.

"We have some of this information but we do not have it from all member states. We now have 30 people who are ready to be relocated from Greece and expect the flight to go to Luxembourg soon," she said.

Current figures relocation of 160,000 #refugees in EU: In total 86 relocated, pledges by member states: 854. Some room for improvement…

It has taken over a year of discussions, mass drownings, dramatic rescue operations and funerals to reach some kind of solution to the refugee crisis facing Europe, however, it hasn't been welcomed by all. Countries reluctant to take part in the relocation program, appear to be withholding information from the Commission, building barriers on their borders, and therefore, exacerbating the situation even more.