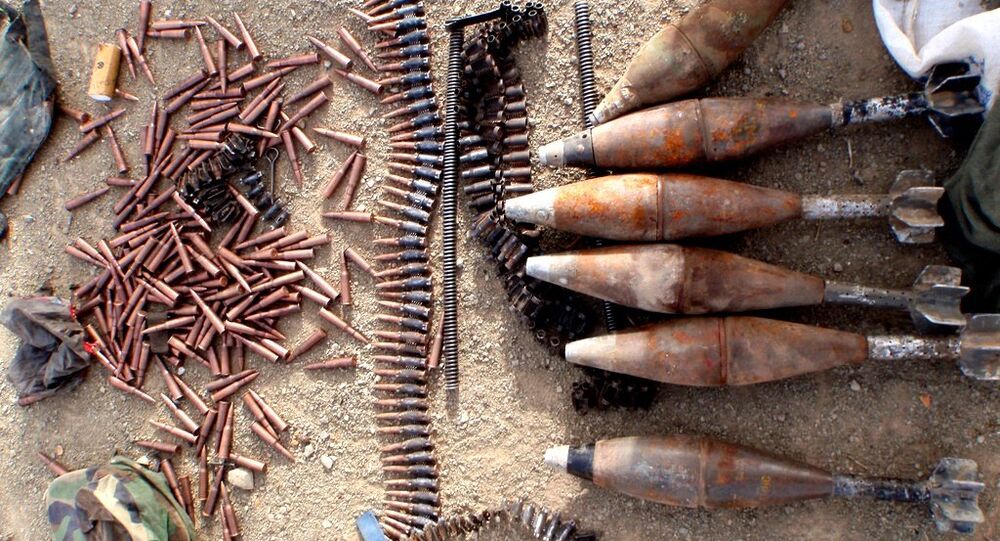 An alarming number of Arab and north African states, including those who receive western-made weaponry, face a "critical" risk of corruption and pose a continuing threat to regional security and stability, according to a new report from Transparency International (TI).

The report says that the subsequent corrupt actions from certain states has worsened many of the region's conflicts and boosted extremism, with the governmental malpractice helping to form "a narrative for violent extremist groups."

Of the 17 countries investigated in the report, Bahrain, Iran, Iraq, Kuwait, Oman, Qatar and Syria were classified having a "critical" risk to defense corruption because "there is virtually no accountability or transparency of defense and security establishments."

Saudi Arabia and the UAE were among other nations to rank as having a "very high" risk of defense corruption, with TI noting that many countries in the report increased military spending without proper oversight, while defense spending was not being used to meet some countries' strategic needs.

The findings increase the pressure on western countries to stop selling arms and offering military support to a number of Gulf countries accused of having questionable human rights records.

Katherine Dixon, head of Transparency International's Defense and Security Program, said that countries refuse to take greater responsibility for the impact their arms sales have, and that they could inflame further conflicts in the region.

"This is one of the most unstable and conflict riven regions in the world," she said.

"Over a quarter of the world's most secretive defense spending is in the Middle East. Corruption puts international security at risk, as money and weapons can be diverted to fuel conflict."

The report comes amid increased pressure on the UK to stop the sale of British-made arms to Saudi Arabia.

The government was accused of not adequately researching whether British arms were being used to carry out attacks on civilians, after UK Foreign Office minister Tobias Ellwood said British weapons were "probably" being used by Saudi forces in Yemen.

"The government has never reported the actual cash it has spent on imports of defense items or on the value of the oil it has bartered as payment in certain deals."

TI noted that in Iraq, corruption "fundamentally undermined leadership" across the Iraqi armed forces, amid reports a commander's job was being sold for US$2 million.

Meanwhile, in Yemen and Oman all senior military and intelligence figures were given their jobs on the basis of nepotism and political links.

Russia was criticized for its support of Bashar al-Assad's Syrian government, however officials in Moscow have consistently argued that supporting Damascus was the best way to defeat terrorism in the region.

The release of the report also comes as UK Foreign Minister Philip Hammond continues his Gulf tour, where he is meeting the leaders of Saudi Arabia, Qatar and the UAE to discuss the situation in Syria and regional security.

"As world leaders, including the UK foreign secretary, gather in the Gulf for security talks, the question of corruption must be on the table," Dixon said.

"Corruption contributes to instability and creates insecurity. If world leaders are serious about addressing the chaos in the region, they must argue for greater transparency and accountability."

US Profits From Wars and Conflicts More Than Any Other Country