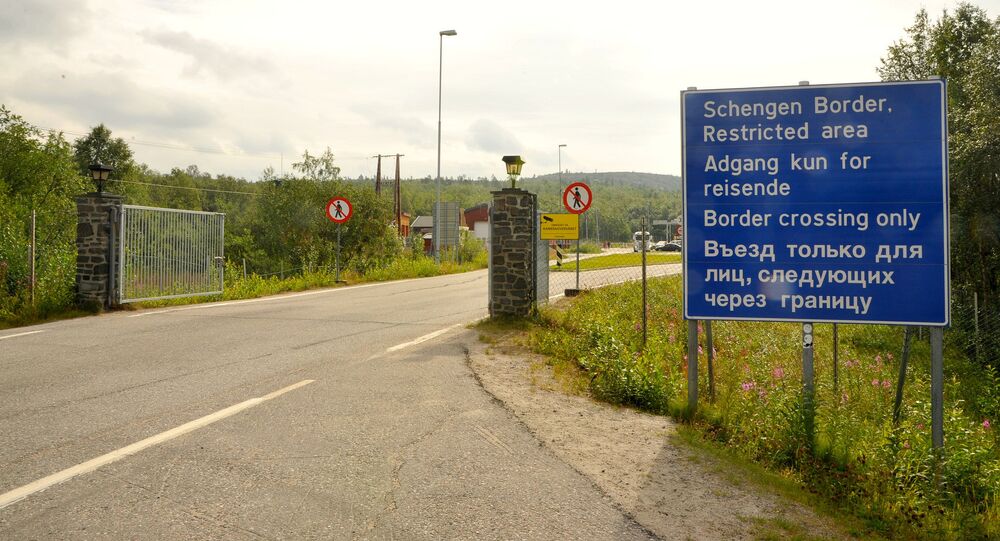 Ole Andreas Lindeman, the Consul General of Norway in the Russian city of Murmansk, said that the influx of refugees is a huge challenge for Norway.

© Flickr / Timo Noko
Situation With Syrian Refugees in Norway's Finnmark Out of Hands
NIKEL (Russia) (Sputnik) — The increased wave of refugees crossing the Russian-Norwegian border has become a serious challenge and both sides must deal with it, Ole Andreas Lindeman, the Consul General of Norway in the Russian city of Murmansk, said Thursday.

Refugees from over 20 countries are said to come to Nikel, a city on the border between Russia and Norway, to cross over and seek refuge in the kingdom. According to Norwegian law enforcement, some 2,000 people have crossed the border since the beginning of the year.

"Even last year, nobody expected that Nikel would draw the world's attention, that refugee influx from the countries of the Middle East would cross the border. This is an ultimately new situation for Norway. The influx of refugees is a huge challenge for us, it is a burden for resources on both sides of the border. We have to deal with it," the diplomat said.

© AFP 2021 / PIERRE-HENRY DESHAYES
Norway Seeks to Return Syrian Asylum Seekers Arriving From Russia
Two camps in Norway's Sor-Varanger municipality, which borders the Murmansk Region, have been established to register refugees. Local services are unable to cope with the volume of applicants, meaning some asylum seekers have to stay in the temporary camps near the border for up to 10 days. Another camp for 600 people is expected to be opened soon.

Europe has been struggling to cope with an unprecedented influx of refugees as hundreds of thousands of people flee violence in their crisis-torn home countries in North Africa and the Middle East.

Situation With Syrian Refugees in Norway's Finnmark Out of Hands