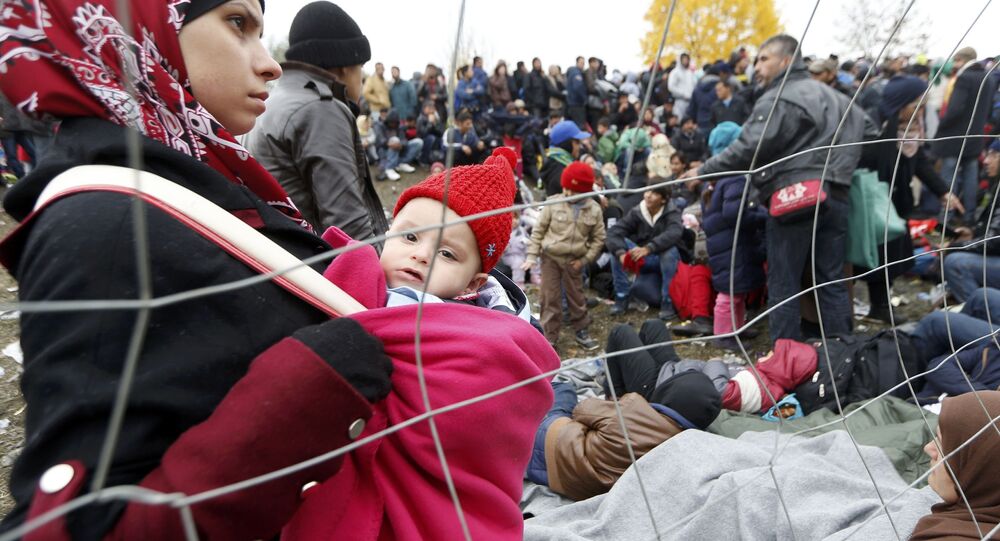 Austria has provoked outrage from Germany by following in Hungary's footsteps and announcing plans to build a fence on its border with Slovenia. It would be the first barrier between two members of the Schengen zone, threatening the European 'Union'.

© AFP 2020 / CHRISTOF STACHE
Challenge to Friendship: Germany Criticizes Austria for Moving Refugees to Bavarian Border
"This is about ensuring an orderly, controlled entry into our country, not about shutting down the border," Austria's Interior Minister Johanna Mikl-Leitner told Oe1.

"People are marching towards Germany because they feel they are invited there," Mikl-Leitner said, attacking German Chancellor Angela Merkel's welcoming approach to a million Syrian refugees by the end of the year.

Relations among EU leaders are rapidly deteriorating over the refugee crisis. Hungary was condemned for building a razor wire fence — but other countries soon followed suit. Austria, which opposed fence building in other member states, is now the latest country to build its own 'wall' and Slovenia has pledged to do the same, following Austria's lead.

Geruld Klug, the Austrian defense minister said a fence would be built to "control the refugees in an orderly way."

© AP Photo / Vladimir Simicek
Refugees and migrants walk on a road as they leave Sentilj, Slovenia, on their way to cross the Slovenian-Austrian border on October 23, 2015.

Austria' Interior Minister Johanna Mikl-Leitner says the country is struggling to cope with the flow of people crossing the border "because Germany is taking too few."

But Germany has accused Austria of surreptitiously waving through record numbers of refugees over the border. Thomas de Maiziere, Germany's Interior Minister, said: "Refugees are being driven to certain points without warning at the fall of darkness and then come to the German border without any preparation.

"Austria's behaviour in recent days has been out of line."

Despite continuous meetings and summits held over the past year Europe has failed to gain a handle on the refugee crisis. EU leaders were warned more than a year ago to prepare for the numbers of dispersed people arriving in Europe and to treat them humanely.

#RefugeeCrisis: Migration doesn't threaten any culture. Every society on this planet was fashioned by women & men who came from elsewhere.

Instead leaders squabbled over asylum seeker quotas while countries built walls — defying rules allowing freedom of movement among EU member states — while the world watched thousands of people arriving by boat on Greek shores and treading across farmland in Slovenia.

"We do not believe the migrant crisis that Europe is facing can be resolved with the building of fences or walls", Steffan Seibert, spokesman for Angela Merkel's government.

"We can solve it only if we as Europe take the same line, if we act together."