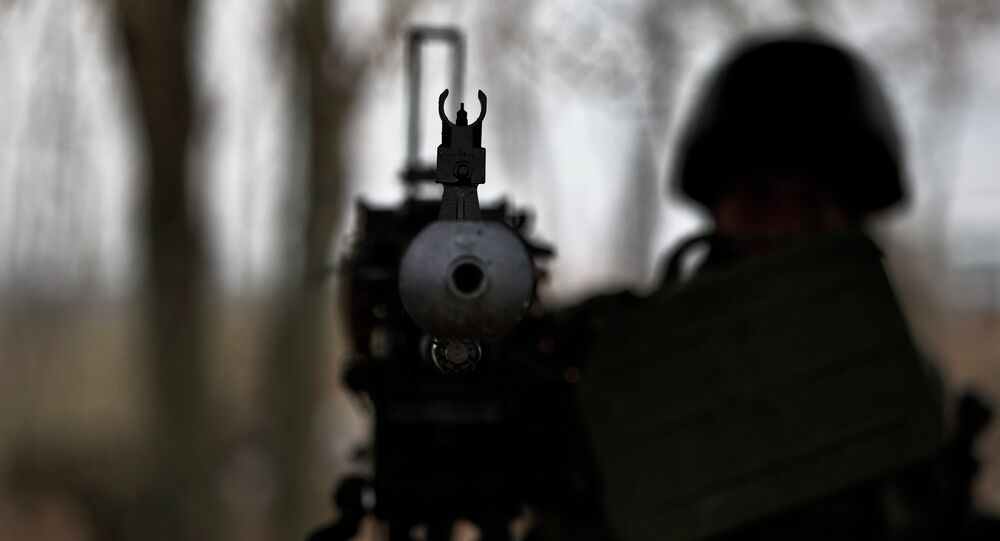 The Ukrainian Armed Forces will carry out the withdrawal of their under-100mm artillery during the next three days, the spokesman said.

“Yes, the Ukrainian forces have begun the withdrawal, the process has started,” Matyukhin told RIA Novosti.

In April 2014 the Ukrainian Armed Forces started a military campaign to suppress Donbass residents who rejected the "legitimacy" of the new coup-imposed government and declared independent People's Republics of Donetsk and Lugansk.

Earlier in the day, Hasan Kaloyev, Russia’s representative in the Joint Center for Control and Coordination (JCCC) said the eastern Ukrainian Donetsk People’s Republic (DPR) completed the pullout of artillery systems from the contact line.

© REUTERS / Ukrainian Presidential Press Service/Handout via Reuters
Donetsk Republic Sanctions Poroshenko, Ukrainian Tycoons for Aggression
Kiev and the Donbass independence supporters reached a deal to withdraw arms of a caliber of less than 100mm from the line of contact in late September. According to the accord, the sides have 41 days to fully withdraw such weapons.

The agreement was prepared in August by a security subgroup of the Trilateral Contact Group on Ukrainian reconciliation that comprises representatives from Ukraine, Russia and the Organization for Security and Co-operation in Europe (OSCE).

However, clashes have never ceased completely.

Kiev Begins Withdrawal of Arms Under 100mm in East Ukraine