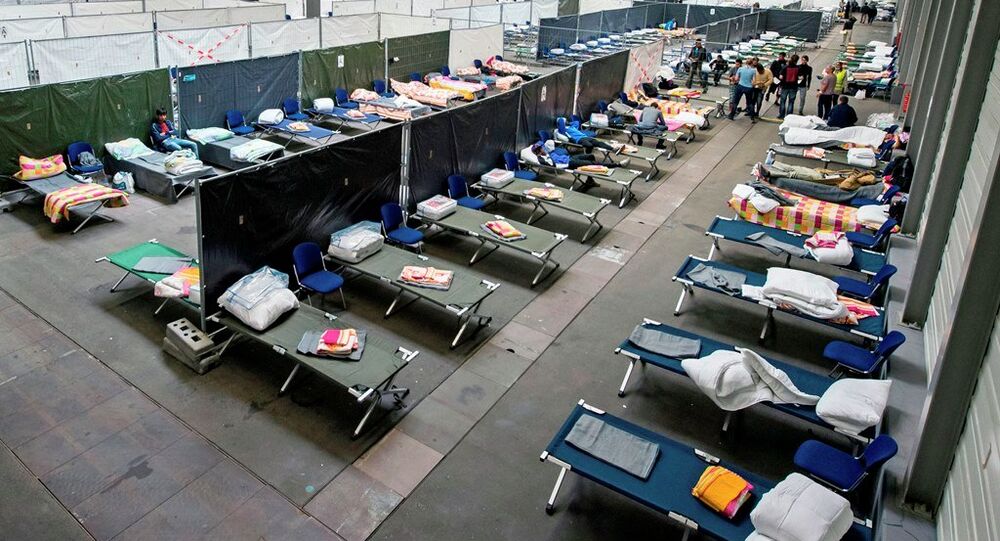 Roughly seven hundred of 4,000 asylum-seekers who had been initially accommodated in the German state of Lower Saxony have mysteriously disappeared, and because of administrative breakdowns, local authorities are clueless about who and where they are.

© AP Photo / Markus Schreiber
Refugee Crisis Puts an End to Merkel’s Golden Era
The staggering figures were revealed by local officials in the northwest German state by a survey conducted by the Neue Osnabrücker Zeitung (NOZ) newspaper. Because many of the refugees hadn’t been registered yet, nothing is known about who they are or where they might have gone.

Some have speculated that the immigrants departed from the mostly rural province to either reunite with their relatives or to look for more attractive places to stay elsewhere in Germany or even abroad, according to the Local. Others point to failures to provide adequate housing for refugees.

Moreover, refugees are often disoriented after arriving in Bavaria.

“Most of the time they don't know where they are. We recently put up a map of Germany so they can orientate themselves,” Timo Frers, spokesman for the town of Delmenhorst, Lower Saxony, told the Local.

© AP Photo / Kerstin Joensson
800,000 Refugees Returning to Syria Thanks to Russia
In Lingen, an hour and a half west of Delmenhorst, nearly half of the 212 immigrants initially placed in the local refugee center left and moved on to undisclosed locations soon after arriving, according to officials.

German officials slammed the current situation, stressing the need to get all people looking for asylum in Germany registered promptly once they’ve entered the country. Angelika Jahn, a spokeswoman for the Christian Democratic Union (CDU), said that non-compliance to that rule is “unacceptable.”

According to the Federal Ministry of Labor, some 300,000 immigrants arriving in Germany are expected to move on to other European states.