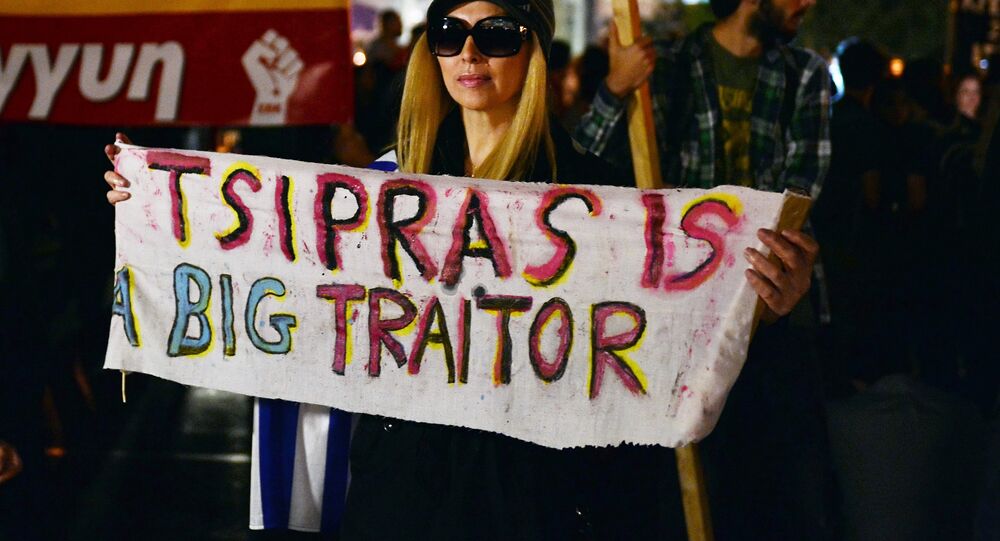 Cracks Appear in Greek Bailout Program in Row Over Reforms

Greece is set to miss the next instalment of its bailout money because it has failed to implement reforms quickly enough, leading to further calls for debt relief to avoid a Grexit next year, according to sources.

Sources close to the continuing bailout talks says that Athens has approved just 14 of the 48 "milestone" reforms demanded by creditors in return for what is the country's third international bailout, worth US$95 billion and that its creditors delayed the latest in a tranche of bailout payments.

According to German newspaper the Süddeutsche Zeitung, the major issue with the Greek banks is the inability of many homeowners to pay off their loans, with an estimated 320,000 people in arrears and facing eviction.

Greece must recapitalize its banks by the end of this year ahead of a new European guideline which allows savings deposits of more than US$110 to be seized to rescue financial institutions if no other means is found. The newspaper says this would force many small and medium-sized companies into bankruptcy.

The Greek parliament narrowly voted to adopt yet more austerity measures, allowing it to benefit from the next installment, however a senior EU official said:

"The payment of the first two of the remaining 3 million euros (US$3.32 million) from the first tranche planned for October is being delayed."

The delay is likely to further frustrate talks as Greek Prime Minister Alexis Tsipras struggles to implement the harsh conditions of the bailout with his country's creditors. It is widely believed that he has agreed to the reforms of taxation and pensions, as well as deep cuts in public spending, in the quest of early debt relief — writing off a proportion of its debt — at the earliest opportunity.

Greece's creditors have so far refused to consider debt relief for Greece, against the long term advice from the International Monetary Fund (IMF) which said in July that the bailout terms and conditions made the country's debt position "unsustainable."

"We think that Greek debt which was set to peak at more than 200 percent of GDP has become highly unsustainable. We think that Greece cannot deal with the debt without debt relief. Clearly Greece needs as part of this to undertake some strong reforms, as the Managing Director said… there are two legs to this: strong reforms in Greece, and a strong and credible package from European partners on debt relief."

Farmers Threaten to Bring Protests Over Taxation to Athens