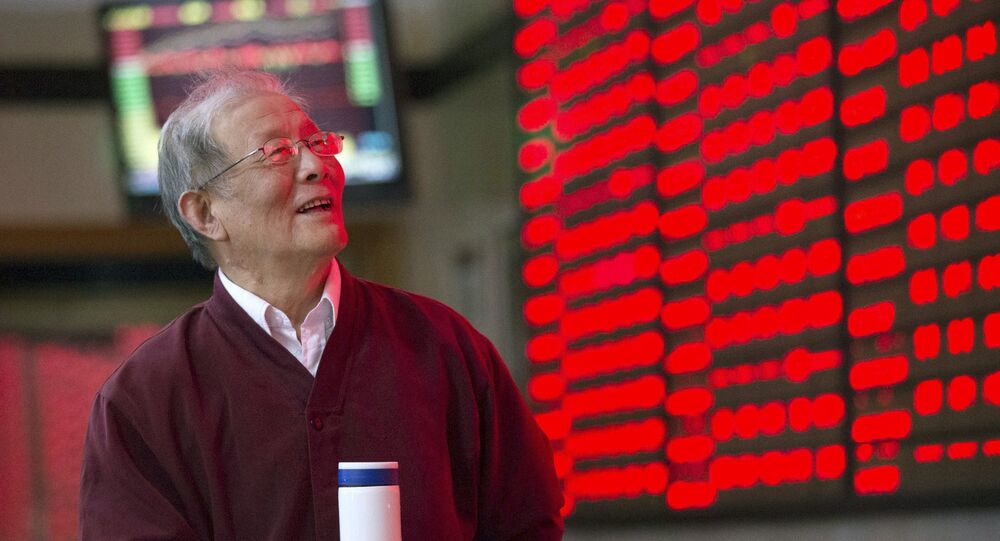 The EU remains at loggerheads about whether it should grant China market economy status by the end of next year. Officials in Brussels are remaining tight-lipped, while analysts have pointed out a growing split among member countries on how they believe the bloc should engage with China.

© AFP 2021 / ODD ANDERSEN
Granting Market Economy Status to China Would Eliminate Millions of EU Jobs
Following China's admission into the World Trade Organization (WTO) in 2001, there has been much debate about whether the country should be given market economy status, with officials in Beijing arguing that it should be considered as such by 11 December 2016.

Traditionally, the EU and US have argued that China should not be considered a market economy because its domestic prices were set by government policies, rather than market supply and demand.

As a result of not considering China to be a market economy, it effectively allows the US and EU to impose much higher duties and tariffs on imported Chinese goods.

Fears Over Millions of Job Losses

Despite early skepticism towards China, the EU's approach seemed to change somewhat in July when the European Commission's legal service announced "it would be unwise not to grant market-economy treatment to China."

Splits are emerging in the EU over #China’s push to gain market economy status https://t.co/80JF37SwQA

The EPI report concluded that recognizing China as part of the market economy world would make it harder for the EU "to impose tariffs on dumped goods allowing Chinese companies to undercut domestic production by flooding the EU with cheap goods."

#China is the only emerging power with which UK has successfully boosted trade: http://t.co/JpAVK6Hqj9 #XiUKVisit pic.twitter.com/jI2pHsv7v9

There are fears such an action would lead to widespread job losses, particularly in the manufacturing sector, and would inflict another blow on the fragile European economy.

Despite the concerns about the potential impact of acknowledging China's market economy status, many in Europe believe that a refusal to do so would harm potential Chinese investment into the bloc.

Will there be a price 2 pay for China to join the Juncker Plan? My take on market economy status Q in @LSEEuroppblog https://t.co/WbLuOt89Rm

"Europe's future economic fortunes depend more on Chinese investment than on Chinese imports of EU goods and services."

This sets up an interesting situation for officials in Brussels, according to Donceel, who believes that any moves to refuse China's market economy status could backfire.

"Europe's decision over whether or not to recognize China's market economy status (MES) by the end of 2016 could influence attempts to drum up financial flows of investment into the EU, while also possibly coming in the way of negotiations aimed at a bilateral agreement."

This year has seen EU member states split apart on many issues, such as the Greek debt and refugee crisis, with Donceel noting that "splits are already appearing" between states over China.

"The UK is a strong supporter of conferring market economy status. Italy's Prime Minister Matteo Renzi has urged the EU not to 'unilaterally disarm' against Chinese dumping. Berlin and Paris remain coy."

Brussels Tight-lipped Amid US Influence

The European Commission has remained tight-lipped on whether to support China's bid for market economy status, with analysts arguing that the European approach will depend on Washington's stance.

"Brussels is biding its time, assessing the economic and legal impacts the decision would have on the EU. Its decision, however, might depend less on the results of its own internal deliberations than on the political mood in the US."

With all indicators in the US pointing towards taking a strong stance against China, Donceel believes Europe may follow suit.

"Following swiftly on the heels of the recent Volkswagen scandal, the FIFA corruption probes and the push to tackle banking secrecy, this seems to be yet another case where US politicians are setting the political agenda in Brussels."