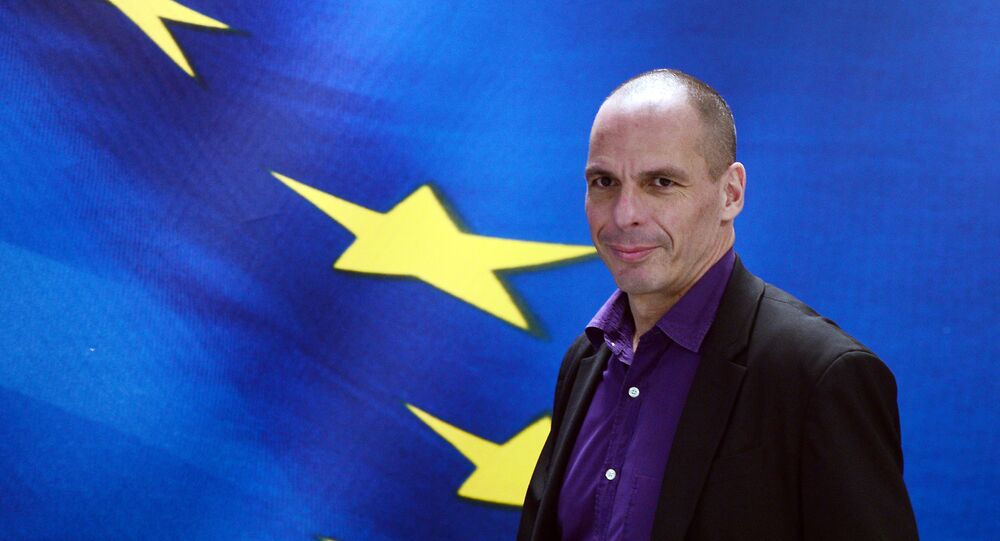 Former Greek Finance Minister Yanis Varoufakis has revealed that he is in the process of setting up a European-wide movement aimed at 'democratizing' and reforming existing EU institutions, as he criticizes the bloc for being a "democracy-free-zone."

Varoufakis, who went head-to-head with EU and Eurozone officials during his time with Greece's Syriza party, says his experiences throughout the course of the year left him in no doubt that the EU is undemocratic.

"It began as an idea after the crushing of what I call the Athens spring, which happened in the summer. It became abundantly clear that at the level of the nation-state you can't even table proposals regarding your own country, let alone proposals for the Eurozone as a whole."

"I experienced the Eurogroup at very close quarters and it was obvious that it was not a forum in which to discuss how to stabilize the European social economy, or how to democratize it. That is just impossible — it can't be done," he told the Open Democracy website.

"One very simple, but radical, idea: to democratise Europe." A talk with Yanis Varoufakis https://t.co/xk84kmQaeV pic.twitter.com/ID91KMxXck

Varoufakis said that his experiences working with the Greek government was just an example of a wider problem.

"What is going on in Greece is simply a reflection — an echo — of a far deeper crisis throughout the Eurozone, which cannot be solved at any national or member-state level.

"The obvious conclusion one must draw from this is that either you argue for a dissolution of the monetary union, and then you can talk about national politics again quite sensibly. Or you should be talking about a pan-European movement for change throughout the Eurozone."

The economist said his plans were "simple but radical" with a goal to "democratize" the EU.

"A pan-European movement is the only solution. It sounds utopian, but this idea cemented in my mind in August when I started traveling across Europe, and realized that there was a great deal of hunger and thirst everywhere I went for such an idea."

As part of ways to promote greater transparency within the EU, Varoufakis suggested that live-streaming all European Council meetings and releasing the minutes of European Central Bank (ECB) discussions would boost accountability.

The former Syriza member, who said his movement would take the form of a coalition of citizens rather than a formal political party, is among many vocal critics who have long argued that the structure of the bloc is highly undemocratic.

Critics of Brussels say that while the European Parliament is democratically elected, legislation cannot be passed without the approval of the Council of Ministers, which acts as an upper House.

The Council of Ministers are indirectly elected to their positions by being ministers in their respective national governments, however many are critical of this approach, particularly given that many key meetings are held in private.

Many of these concerns about the EU's undemocratic nature were brought to the surface during Greece's negotiations with EU and Eurozone officials earlier this year, where critics argued that despite the Greek population overwhelmingly voting in favor of anti-austerity politics, the country was effectively prevented from implementing such changes.