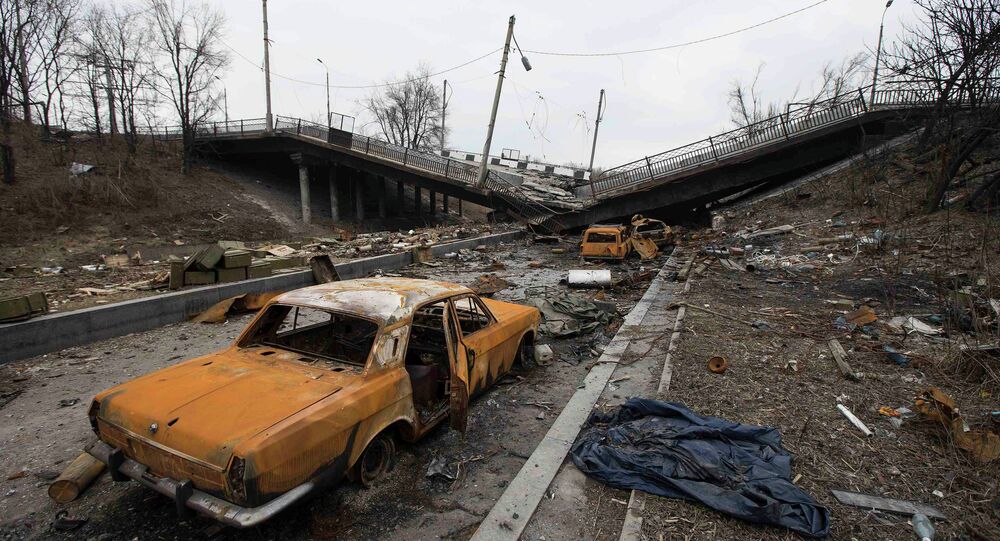 The Ukrainian forces started firing at the Donetsk airport with 120mm mortars, a DPR official said.

“About a half hour ago the Ukrainian forces opened fire on the territory of the Donetsk Airport. Fire is being conducted with mortars and gunfire,” Ivan Prikhodko was cited by Donetsk News Agency as saying.

According to Prikhodko, the mortars being fired at the airport are of 120mm caliber.

In April 2014 the Ukrainian Armed Forces started a military campaign to suppress Donbass residents who rejected the "legitimacy" of the new coup-imposed government.

The Ukrainian government and independence supporters in the state's southeast agreed to withdraw heavy artillery with a caliber of over 100mm from the line of contact in February, moving in September to extend this withdrawal to weaponry with a caliber of under 100mm.

© AP Photo / Alexander Zemlianichenko
Just Business: Leaked Docs Reveal Poroshenko Recognized Crimea as Russian
The airport in Donetsk saw some of the most violent clashes in the Ukrainian conflict that have left its buildings virtually in ruins.

Numerous ceasefire breaches have been registered in Donbass since the Minsk peace deal was signed in February, worked out by the leaders of Russia, France, Ukraine and Germany.

In early September, Ukrainian President Petro Poroshenko said the ceasefire in eastern Ukraine was being observed, signifying that the February's Minsk peace agreements between Kiev and Donbass independence supporters were finally taking hold.