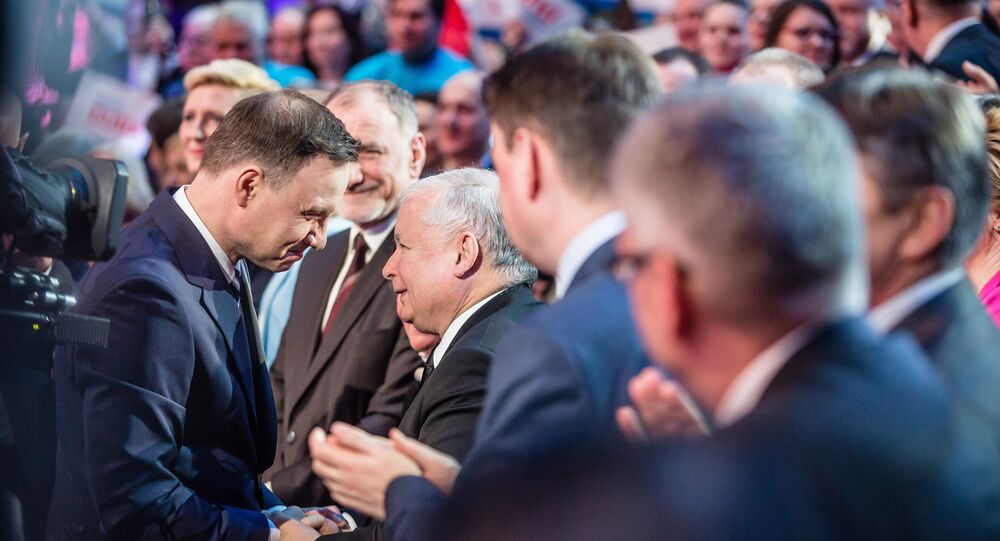 A total of five parties passed into the 460-seat lower house of Polish parliament, the Sejm, with final results of Sunday’s vote expected later on Tuesday.

The Law and Justice Party opposes EU policy towards migrations and is heavily in favor of the increased presence of US troops in Poland.

In its attitude towards Russia, the new Polish government is akin to US neoconservatives, especially when it comes to military and defense policies, the expert explained, adding that Washington's influence in Warsaw will increase significantly.

Poland to Have Aggressive Foreign Policy Toward Russia, EU