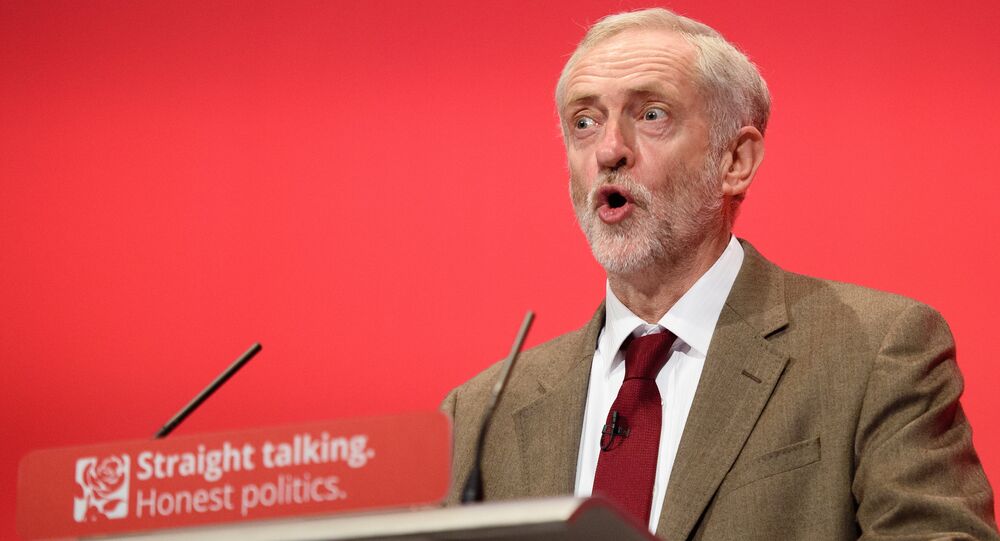 Saudi Arabia’s ambassador to the UK has risked being accused of hypocrisy after calling on UK opposition leader Jeremy Corbyn to show some "respect" following an "alarming" change in the way Riyadh is being talked about in Britain.

"One example of mutual respect being breached recently took place when opposition leader Jeremy Corbyn claimed that he had convinced Prime Minister David Cameron to cancel a prison consultancy contract with Saudi Arabia worth £5.9 million."

"This coincided with several media attacks on Saudi Arabia that linked the contract’s cancellation to a number of domestic events in the Kingdom."

How Saudi Arabia helps Britain keep the peace — my article for the @Telegraph on UK-Saudi relations https://t.co/7WOvoqE6Hv

While no official reason has been given for the UK pulling out of the contract bid, it’s widely thought that the decision was linked to a Corbyn-backed campaign protesting against the beheading and crucifixion sentence handed out to a government protester who was a juvenile at the time of his arrest.

Concerned by anti-Saudi sentiment in wider society, Prince Mohammed said there had been "an alarming change in the way Saudi Arabia is discussed in Britain".

A badge of honour: @jeremycorbyn's intervention has highlighted fact that trade can't be oblivious to human rights: https://t.co/sFAeibgsAt

He hit back at criticism from those questioning the UK’s alliance with the kingdom, saying that Saudi Arabia had a vital role to play in helping to secure British and Middle Eastern security, warning that continued attacks on the government’s practices could put the relationship in jeopardy.

"If the extensive trade links between the two countries are going to be subordinate to certain political ideologies this vital commercial exchange is going to be at risk. We want this relationship to continue but we will not be lectured to by anyone."

The ambassador has also risked being accused of hypocrisy for suggesting Jeremy Corbyn and Britons in general should show more "respect" for Saudi cultural customs.

"Just as we respect the local traditions, customs, laws and religion of Britain, we expect Britain to grant us this same respect."

A number of humanitarian organizations and civil rights groups have long condemned the actions of the Saudi government, accusing Riyadh of operating a highly repressive regime that doesn’t respect the human rights of its citizens.

Riyadh has been accused of not allowing any public criticism of the government, while violently cracking down on those that commit crimes, with sentences such as public lashings, beheadings and crucifixions used as a punishment.

Following the UK government’s decision to back out of a recent bid to service the Saudi prison system — which many believe was made on the back of widespread public criticism – it has been suggested that officials in Saudi Arabia are concerned that London may be pressured to scrap more trade deals with the kingdom, based on human rights concerns.

It's thought that the Saudi ambassador’s open letter to the British media could be part of a PR attempt to win back some public support for Saudi Arabia in Britain by emphasizing the strategic importance of the countries’ bilateral relations, given the huge public backlash in the UK.