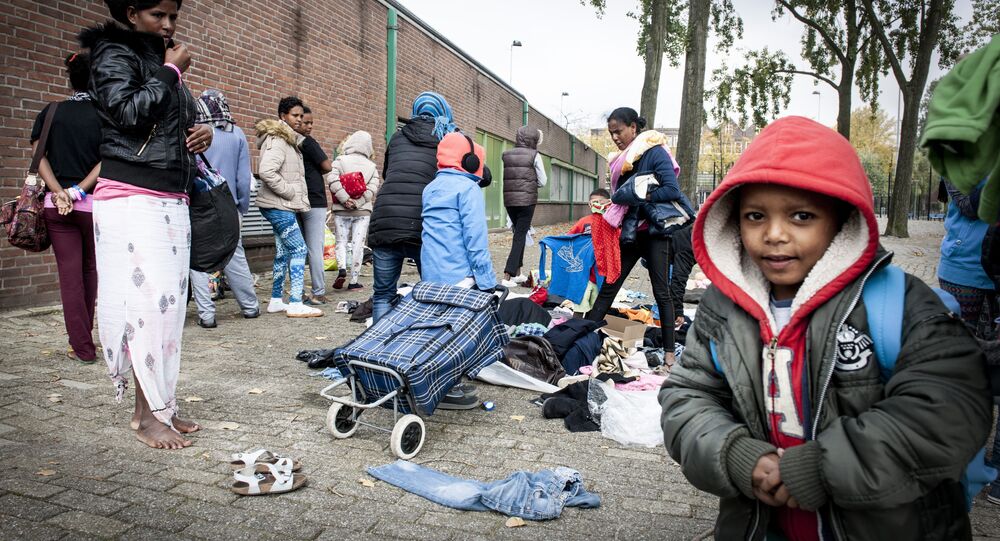 Czech President Miloš Zeman said that migrants from Northern Africa and the Middle East had better fight for their home countries’ future rather than flee overseas, have no work there and get by with welfare.

Milos Zeman has been making controversial anti-migrant remarks recently, including "no one invited you here", and earned sharp criticism from the UN's human rights chief Zeid Ra'ad Al Hussein.

On Sunday Zeman attacked refugees again saying that for many of them children are no more than a human shield and they cynically use kids to trigger sympathy and justify migration.

"They bring the children over in rubber dingys, knowing they might drown," Zeman said in a video interview on the website of the Blesk tabloid. "They serve as human shields for guys with iPhones to justify the wave of migrants,"

© AFP 2021 / ARMEND NIMANI
Greece Says Refugees Are Not Enemies, Refuses to Protect Borders From Them
According to Zeman, sympathy for children extends to people hiding behind them even though they may not deserve it. He cited Croatia President Kolinda Grabar-Kitarovic who said that young people with thousands of euro or dollars once made from 80 to 90 % of refugees.

Zeman believes that rather than abandoning motherland migrants had better fight for it and contribute to its development.

"Refugees damage their own countries", — the president said.

According to recent data of European external border agency Frontex, 710 thousands of migrants arrived in EU in the first nine months of 2015. European Commission has announced current migrant crisis the biggest since the Second World War.