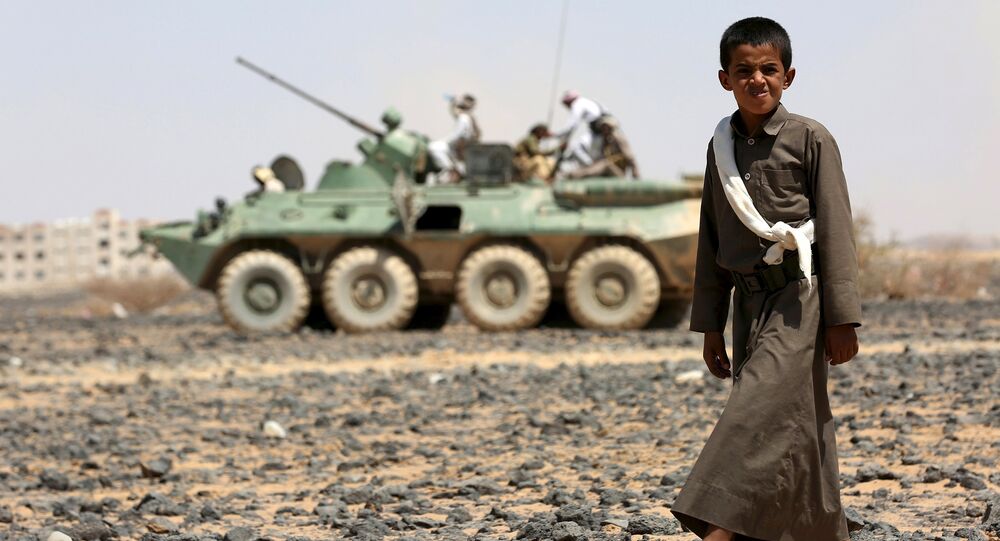 The British government has been accused of potentially being complicit in alleged Saudi war crimes after a UK Foreign Office (FCO) minister admitted that Saudi forces were "probably" using British-made weapons as part of the country's intervention in Yemen.

When asked on the issue during a parliamentary debate on the matter, foreign office minister Tobias Ellwood said:

"I can probably confirm that they [British manufactured arms] probably have been used.

"We sell arms to Saudi Arabia — they are using weapons systems which we then sell. The more pertinent question is are they being used responsibly or not and that is the more important question and we need to make sure they are used in that responsible matter."

The response sparked a backlash from Amnesty International UK Director Kate Allen, who said the government was "far too relaxed about the horrible civilian death toll in Yemen" and called on London to ensure that its weapons weren't being used to carry out war crimes.

"The government has previously said that it simply relies on Saudi Arabia's 'assurances' over the proper use of UK-supplied weapons by its forces in Yemen, but how can this ever be good enough? "

"Mr Ellwood only needs to read our recent report on Yemen — with its evidence of the reckless nature of the Saudi-led coalition's bombing campaign in Yemen — to set off the alarm bells."

"Instead of sitting back and hoping for the best over Saudi Arabia's use of our weaponry in the blood-drenched conflict in Yemen, he [Mr Ellwood should be suspending all further arms exports to Saudi Arabia and announcing an urgent investigation into whether UK arms have been killing civilians in their hundreds in Yemen."

AI recently released a scathing report on the actions of the Saudi-led coalition in Yemen, accusing Riyadh's forces of having an "appalling disregard for civilian lives" while claiming to have secured significant evidence that war crimes were committed as part of the ongoing military assault.

#Saudi destroying everything in #Yemen today @Tobias_Ellwood was in favour of UK supplies of weapons #YemenDebate https://t.co/2zaFguJwfU

This comes after the UK Foreign Office was heavily criticized by a House of Commons Select Committee for admitting that human rights had slipped behind securing trade deals in its order of priorities.

© AP Photo / Hani Mohammed
In Money They Trust? UK 'Turns Blind Eye' to Saudi Human Rights Record to Sell Arms
The committee, chaired by Conservative MP Crispin Blunt, said it was "disturbed" by the government's admission that human rights had been downgraded, and blamed a lack of funding to the FCO as a contributing factor to the situation.

Blunt agreed with the sentiments of David Mepham, the UK Director of NGO Human Rights Watch who said that reducing the priority of human rights would damage the UK's international reputation.

"This unwillingness to fully champion rights and fundamental freedoms runs counter to the best traditions in this country's history and weakens the UK's global standing and influence," he said.