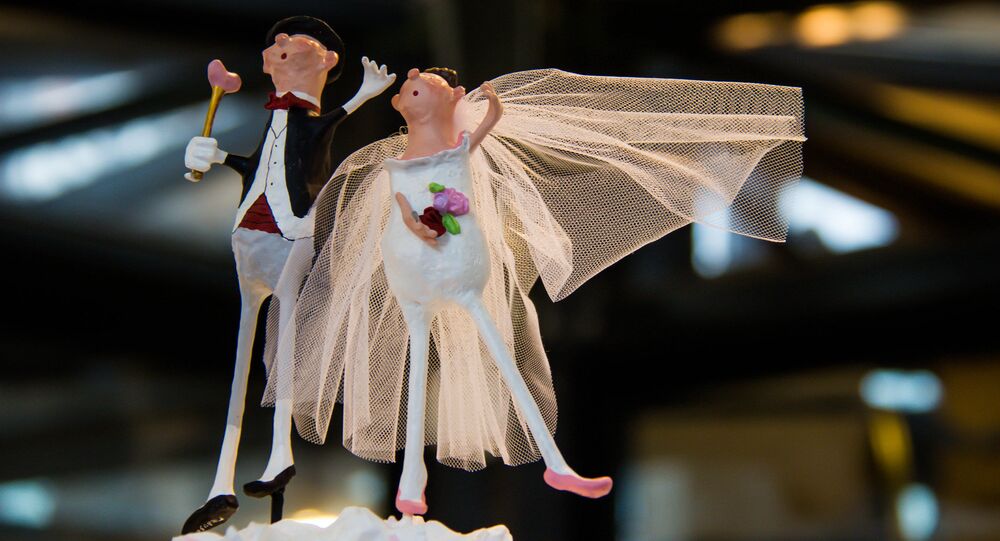 Are You Danish Enough? Denmark Tightens Rules for Foreign Spouses

The Danish government has announced stricter new rules which will divide foreigners who marry Danes into categories based on their suitability for integration before they are allowed to settle in Denmark.

"In the future, foreigners with fewer qualifications for integration will be met with significantly stricter requirements on family reunification," the ministry stated on Thursday.

"The aim is to support integration."

People who wish to settle with their Danish spouse in Denmark will be assessed according to criteria including work experience, education, language skills and "other factors relevant to integration," before they are placed in one of the two groups, explained the ministry.

If they meet less than three out of four criteria, they will be judged 'potentially suitable,' and must meet further conditions to be able to stay in Denmark.

To meet the further conditions and be allowed to stay in the country, the foreign spouse must prove that he or she can speak one of the Scandinavian languages, English or German, and must have "shown active citizenship," or pass a citizenship test.

In addition, the 'potentially suitable applicant' faces a longer temporary residency requirement; they need to have lived in Denmark with temporary residency permits for ten years rather than seven before they may receive the right to permanent residency in the country under its family reunification laws.

Both groups, the suitable and potentially suitable, will have to meet a housing requirement stipulating that their property is not located in an officially-designated ghetto area, as well as a maintenance requirement that the applicant is financially self-supporting and has been for some time.

"It is only right and proper" to tighten the requirements for people who do not meet the prerequisites for integration, Danish integration Minister Inger Stojberg said, when explaining the regulations.

"People who come voluntarily to Denmark must of course contribute to society."

The Ministry for Immigration, Integration and Housing announced that the change is expected to lead to 500 fewer people each year being granted family reunification permits, and will generate savings of up to 80 million Danish kroner [$12 million] annually.

Dutch TV: 'Refugees: Do Not Come to the Netherlands…Go to Denmark Instead'