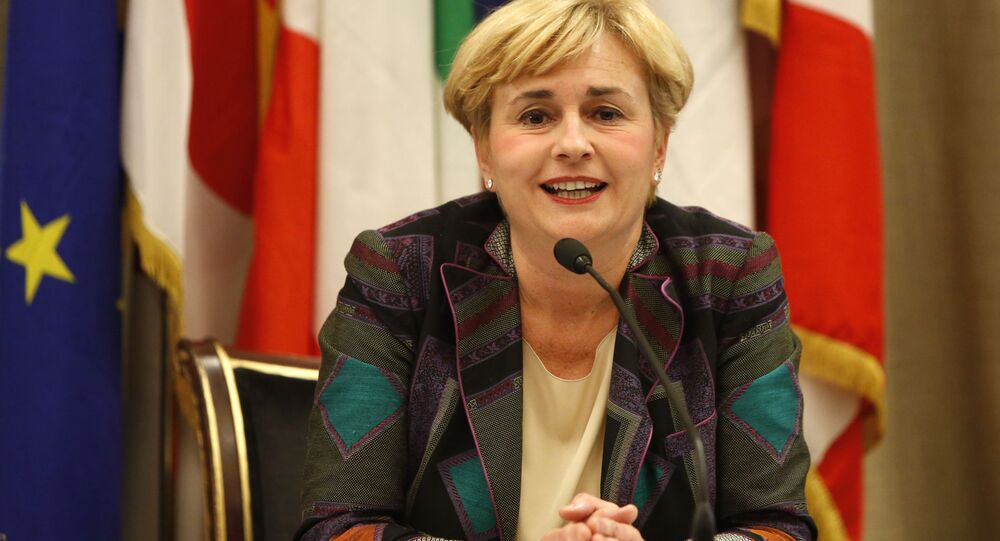 Italy to Support Enterprises Intending to Cooperate With Russia

Federica Guidi, Italy's Minister for Economic Development, said that the Italian economy intends to give support to the enterprises that intend to intensify the relations with Russia, to develop new technologies.

"The Italian economy intends to give support to the enterprises that intend to intensify the relations with Russia, to develop new technologies,” Federica Guidi said, speaking at the 4th Eurasian Forum in Verona.

The minister added that Italy is ready, not only to provide support, but also “to accompany these projects.”

© Flickr / www.davidbaxendale.com
Italy to Lose $3Bln Due to Anti-Russia Sanctions - Industry Confederation
On September 22, the 4th Eurasian Forum opened in the Italian city of Verona. Government and business community representatives from Russia, Italy, Kyrgyzstan, Armenia, Belarus, Kazakhstan, India, China and South Korea are among the participants of the forum.

Western countries have accused Moscow of interfering in the Ukrainian conflict and introduced several rounds of economic sanctions against Russia in an attempt to influence its policy.

Italy is among the EU member countries that has suffered most from the EU economic sanctions on Russia and Moscow’s reciprocal ban on European food imports.

Italy to Lose $3Bln Due to Anti-Russia Sanctions - Industry Confederation