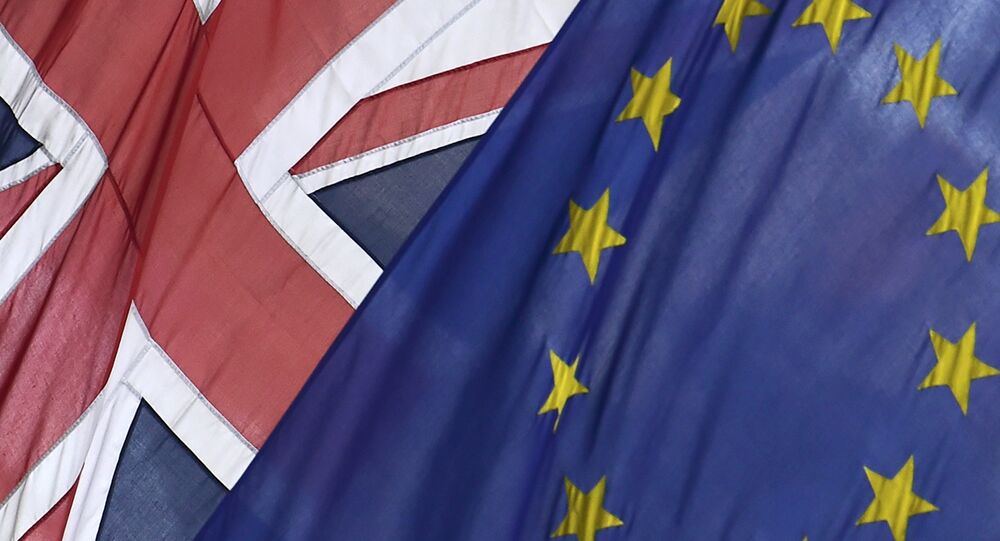 Support for Britain’s Membership in EU Falling Amid Migrant Crisis

52 percent of Britons said that they would vote to "stay in" if there was a referendum on the United Kingdom's membership in the European Union, according to the poll.

© AFP 2020 / EMMANUEL DUNAND
Hammond: UK to Vote in Favor of Brexit if Brussels Grants No Reforms
MOSCOW (Sputnik) — Support for the United Kingdom’s continued membership of the European Union has fallen after months in which news coverage has been dominated by stories of the large numbers of refugees coming to Europe, a new poll revealed Thursday.

The United Kingdom is expected to hold a referendum on its membership of the bloc by the end of 2017.

Fifty-two percent of respondents in the new poll said they would vote to "stay in" if there was a referendum, compared to four in ten who would to prefer to leave the bloc, according to a survey conducted by the Ipsos MORI polling company on October 17-19.

The results of a similar poll conducted in June had 61 percent of participants in favor of staying and 27 supporting the so-called Brexit.

Over half of voters said they could be persuaded to change their mind, depending on the how remaining within or leaving the European Union would effect the United Kingdom, Ipsos MORI said.

© AP Photo / Martin Meissner
Cameron Wants to Secure Reforms Prior to Brexit Referendum
The new poll comes as Europe is trying to cope with an enormous influx of migrants fleeing war and poverty in the Middle East and Northern Africa.

In September, the European Commission announced a mandatory quota system to relocate some 160,000 refugees, who had arrived primarily to Italy, Greece and Hungary, among the bloc's member states.

British Prime Minister David Cameron Cameron rejected any UK involvement in the EU quota scheme, adding that his country would accept 20,000 migrants, exclusively from refugee camps in countries neighboring Syria, over the next five years.

French Minister Warns the UK a Brexit Would Bring 'Countermeasures'