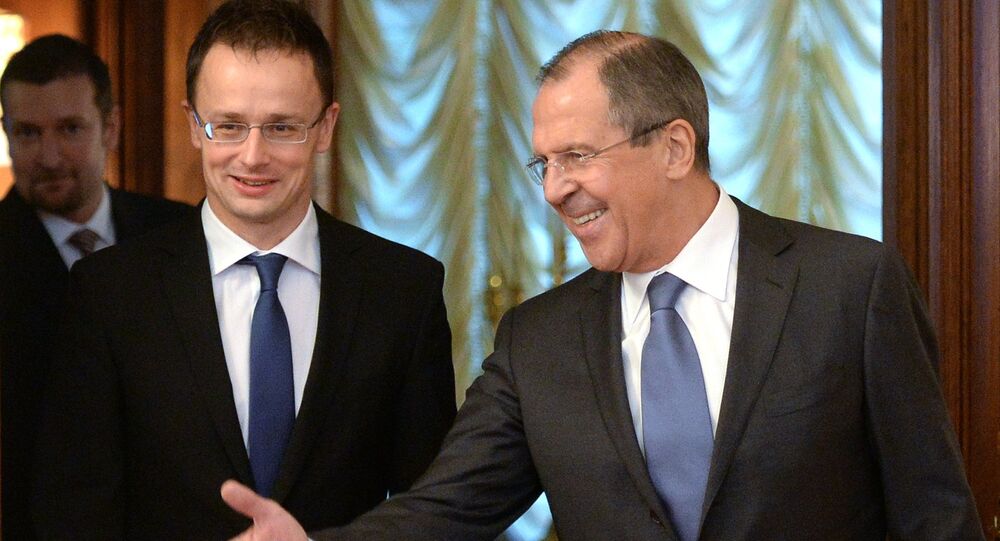 During his visit to Moscow on Wednesday, Hungarian Foreign Minister Peter Szijjarto said that without cooperating with Russia to bring the war in Syria to an end, Europe's refugee crisis cannot be resolved.

On Sunday, European leaders will hold a mini-summit in Brussels to discuss the continent's refugee crisis, with Serbia and Macedonia invited to attend. A full summit held to discuss the crisis last week brought few tangible results, with many Eastern European countries refusing to accept refugees according to Brussels' quota system.

Announcing the upcoming mini-summit, a statement from the office of European Commission President Jean-Claude Juncker noted that "in view of the unfolding emergency in the countries along the western Balkans migratory route, there is a need for much greater cooperation, more extensive consultation and immediate operational action."

According to EU border agency Frontex, over 710,000 migrants have come to the EU over the first nine months of 2015.

© AFP 2020 /
Refugees Forced to Reroute While Hungary Reinforces Border Blocks
Hungary, used by tens of thousands of refugees as a gateway to wealthier EU member states, has built fences along its borders, and recently sealed off its borders with both Serbia and fellow EU member Croatia. Over 383,000 migrants are believed to have crossed into the country since the start of the year, but the numbers have fallen drastically with Budapest's efforts to cut off refugee flows.

Die Welt noted that with Hungary's border now effectively closed, Slovenia has become the new bottleneck through which refugees are making their way north, with over 20,000 arriving in Slovenia since Saturday alone.