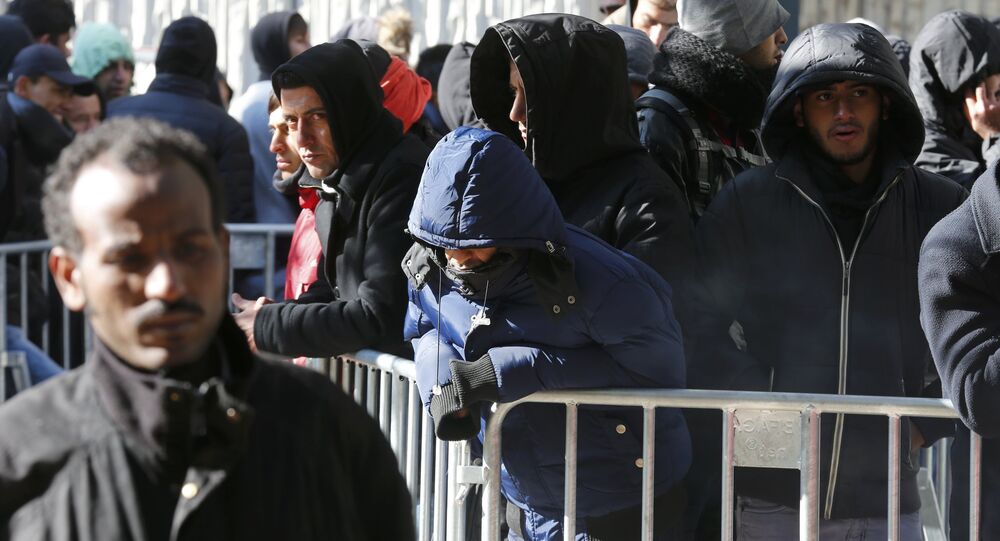 One-Way Tickets: Germany May Use Military Planes to Deport Refugees

Germany is reportedly considering the use of army transport planes to deport those refugees who have had their applications rejected.

© REUTERS / Axel Schmidt
German Mayors Send Letter to Merkel Over Difficulties With Hosting Refugees
The German government is considering the use of army transport planes for the deportation of those asylum seekers who have had their applications rejected; the goal is to try to defuse an increasing migrant crisis, media reports said.

The decision was announced by government spokesman Steffen Seibert during a news conference on Wednesday evening.

"Sending people back on commercial airlines takes priority but if there is insufficient capacity then… we will consider making use of military aircraft," Seibert said.

The move comes amid Germany's efforts to cope with an influx of about 10,000 migrants a day, with at least 800,000 asylum expected in the country this year.

© REUTERS / Umit Bektas
Merkel: EU Ready to Share Turkey's Financial Burden of Hosting Refugees on its Soil
The German authorities have repeatedly discussed a spate of options, including using army transport aircraft to help deport people, who will not be informed in advance that they will be obligated to leave Germany.

Commenting on Germany's mounting number of migrants, Chancellor Angela Merkel said earlier this week that "if (economic grounds) is the only reason for being here, then we will have to say more strongly to these people: you must go home."

The German Interior Ministry said in turn that by the end of September, around 193,000 people were registered in the country as having no valid reason to claim asylum. They included more than 140,000 migrants who were granted "exceptional leave to stay," according to the ministry.