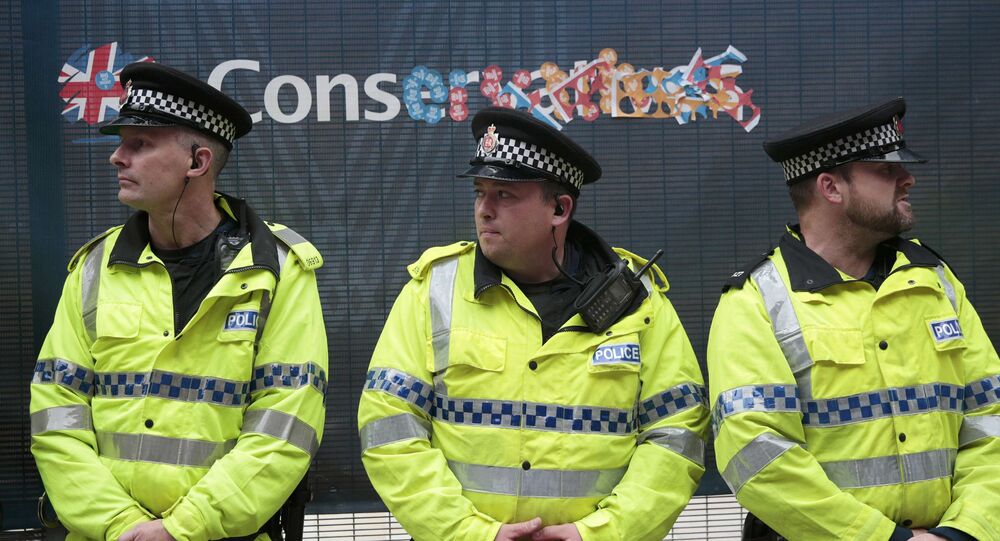 Britain's Home Secretary has accused UK police forces of not doing enough to employ black and ethnic minority officers. Theresa May launched an attack on the head of London's Metropolitan Police Service for claiming a rise in knife crime was due to a curb on stop-and-search powers which disproportionately target young black youths.

Theresa May has told the National Black Police Association conference that the 43 forces in England and Wales do not racially represent the communities they serve and that the proportion of black and Asian officers is "simply not good enough", whilst reforms to stop-and-search "must continue".

Citing recent home office statistics for the lack of any black officers in four forces — Cheshire, Durham, Dyfed-Powys and North Yorkshire —Theresa May was instantly accused by Ron Hogg, Durham Police and Crime Commissioner, of getting her numbers "wrong" and entering a "ridiculous numbers game", when police are facing drastic budget cuts.

The relationship between London's police chief and the Home Secretary has deteriorated in recent months, be it over curbs to stop-and-search, the refusal to allow Sir Bernard to deploy water canon in a potential riot or budget cuts to the Metropolitan Police Service.

@MetBPA plus s.60 is imposed based on different criteria to grounds for s.1 stop & search. Rise in knife crime is real.

The Home Secretary told the head of London's Metropolitan Police Service to stop his "knee-jerk" reactions about links between stop and search curbs and the rise in knife crime, saying:

"It is simply not true that knife crime is rising because the police are no longer stopping and searching those carrying knives."

In 2014, Theresa May imposed restrictions on police officers, using stop and search powers, to look for drugs and weapons. According to Her Majesty's Inspectorate of Constabulary, 27 percent of searches carried out in 2013 were not based on reasonable ground for suspicion and concerns, disproportionately targeting young people from black and minority ethnic backgrounds.

In June 2015, Sir Bernard Hogan-Howe claimed the stop and search reforms had led to an increase in knife crime.

Recent figures show knife crime increased by 18 percent in London, where ten teenagers have been stabbed to death in the last nine months.

In a recent interview with London's Evening Standard, Sir Bernard Hogan-Howe, head of Scotland Yard hit back at the budget cuts, suggesting that the safety of London was at risk from the loss of up to 8,000 police officers and warned that the legacy could limit the Met's ability to respond to a major terror threat.

The latest dressing down of Britain's police forces by Mrs May has the potential for relationships between the police and the government to deteriorate further.

Complaints About UK Police Rise by 52 Percent Over Decade