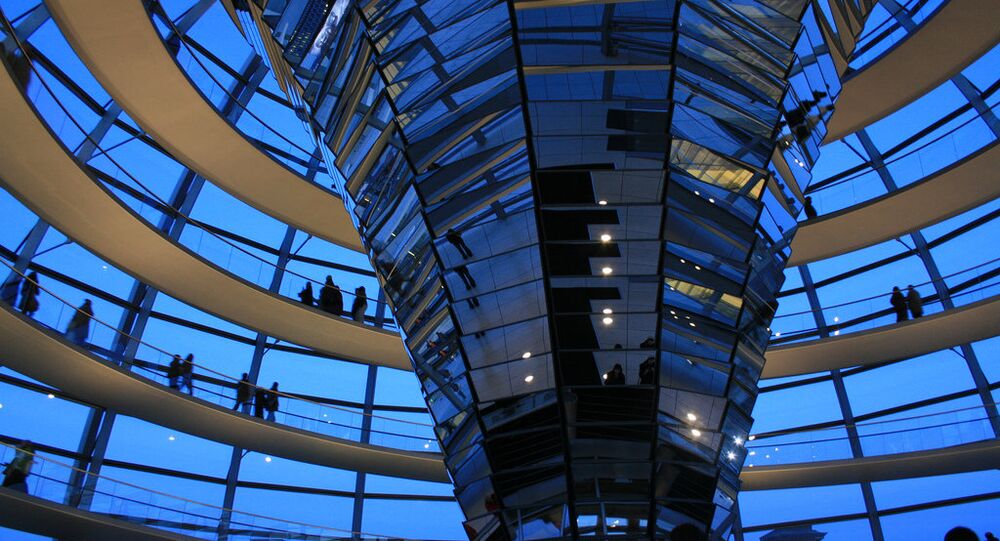 Campaigners have hit out after the German Parliament said it would refuse to publish a list of registered lobbyists, in breach of a court ruling by the Berlin Administrative Court, and have told Sputnik they will fight on to expose the affair.

The Grand coalition government of the CDU/CSU and SPD parties have said they will appeal against the court decision and refuse, in the meantime, to reveal the names of the registered lobbyists.

© AP Photo / Martin Meissner
TTIP Talks Dominated by 'Corporate Lobbyists That Swarm Around Brussels'
The issue is deeply sensitive in Germany where there has been strong criticism of lobby groups exerting undue influence over political decision-making.

The total list runs to about 2,000 names, of which some are in the public domain. However, a large number of them have obtained parliamentary access ID cards on the recommendation of political parties, and these remain undisclosed.

Pressure group Transparency International has long campaigned for all governments to come clean on the extent of corporate lobbying which it believes goes against the spirit of fair democratic advocacy.

"The way that lobbyists are accredited at the Bundestag is a bit odd. There is no general register — as we have in the European Union, where there is a joint register of parliament and the commission where all lobbyists can register. All these lobbyists have to declare how much money they are spending, what topics they are working on and who their lobbyists are."

"Whereas at the Bundestag, the access badges are handed out by the political groups. Each group can give badges to whatever organization they like and there is no transparency whatsoever," he told Sputnik.

Freund said the Green and Linke parties have made public the list of lobbyists they have issued access cards to, yet the CDU/CSU/SPD coalition — which hold 80 percent of the seats — are refusing to.

"Why they are so secretive about this, I don't really know. Maybe, there is someone among these lobbyists that they don't want to [reveal].

"The Social Democrats maybe are afraid that there are tobacco lobbyists or pharmaceutical interests that will show them in the wrong light," Freund told Sputnik.

44% of the MEPs elected in Germany pledged to curb the power of corporate lobbies in the EU. Let's see! http://t.co/vCxDUdZQBf

He said the government will be likely to lose the appeal eventually, but that could take years, but Transparency International would keep up the pressure for publication. "We have been trying for years to get the Bundestag to publish that information," he told Sputnik.

"Now we have it in black and white: The German Bundestag wants to keep secret once again the names of which lobbyists have unimpeded access to the offices of the lawmakers.

The [court appeal] case on the publication of the lobbyists' names — at the insistence of the [CDU/CSU] and SPD — now means the litigation will continue for years."